Reinhard Zollitsch remains an adventurer at 77

Associate Professor Emeritus Reinhard Zollitsch continues to take on extreme canoe adventures at the age of 77. The former German professor at the University of Maine spends much of the winter planning his trips and much of the summer undertaking them. 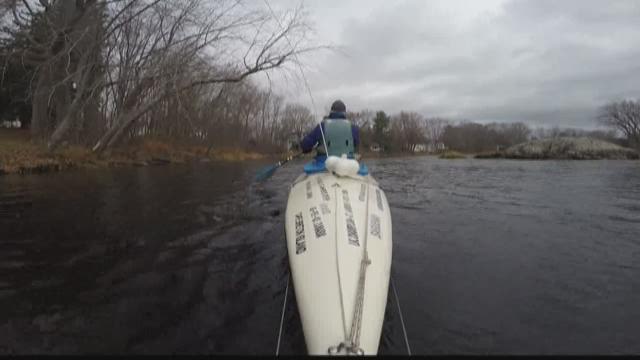 ORONO, Maine (NEWS CENTER) — Dr. Reinhard Zollitsch is an adventurer. Each summer, he paddles a canoe or kayak in a well-planned trip that often combines arts, sciences or history.

Zollitsch's life has been an adventure. Born in the German city of Kiel just before World War II, he survived numerous American bombings. He became a national class gymnast. After an Achilles injury instantly ended his career, he took up rowing.

As a young boy, he went on his first adventure, a 2,000-mile bicycle tour through four European nations.

Fifty-two years later, Nancy and Reinhard have four children. They have paddled extensively as a family. Now, he plans annual adventures and is supported by Nancy.

His trips are fascinating. They include routes traveled by explorers such as John Cabot, as well as Lewis and Clark.

He has written about his adventures for newspapers, magazines and in a blog. At 77, Reinhard says age is just an attitude and "attitudes are bad."