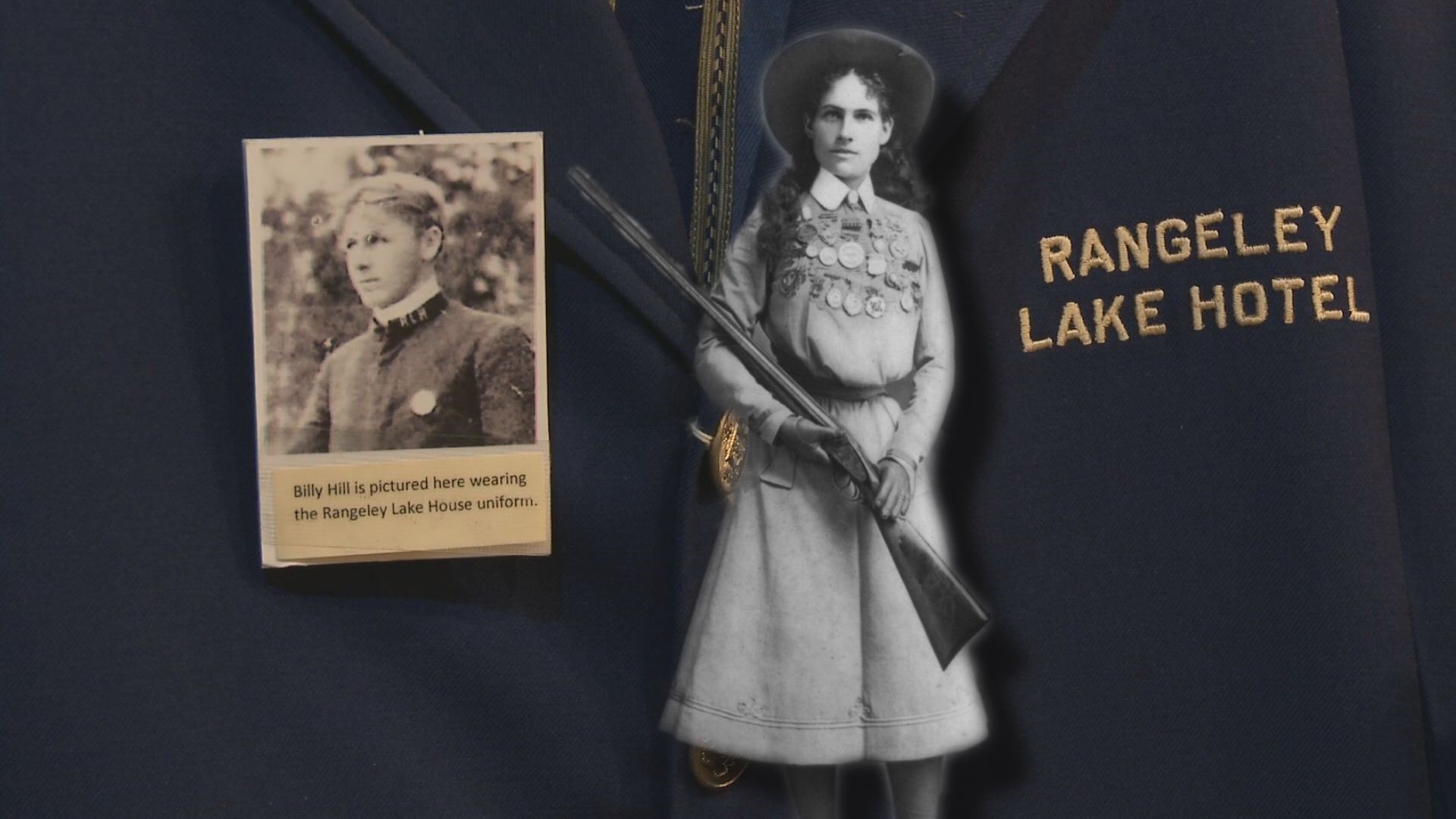 CHEBEAGUE ISLAND, Maine — Humble, handsome and a crack shot, Billy Hill became what he was destined to be, one of America's greatest marksmen.

It didn't start so well. At age 12, he shot his own toes off in a hunting accident. It was particularly embarrassing because Billy was hunting illegally on a Sunday.

At 16, he was working as a bell hop at the Rangeley Lakes Inn where Annie Oakley was coming to put on a demonstration.  The others boys put their best shot up against the world famous marksmen.

She reported the news back to her sponsor Remington.

Eventually, Billy because a salesman and trick shot artist for that company