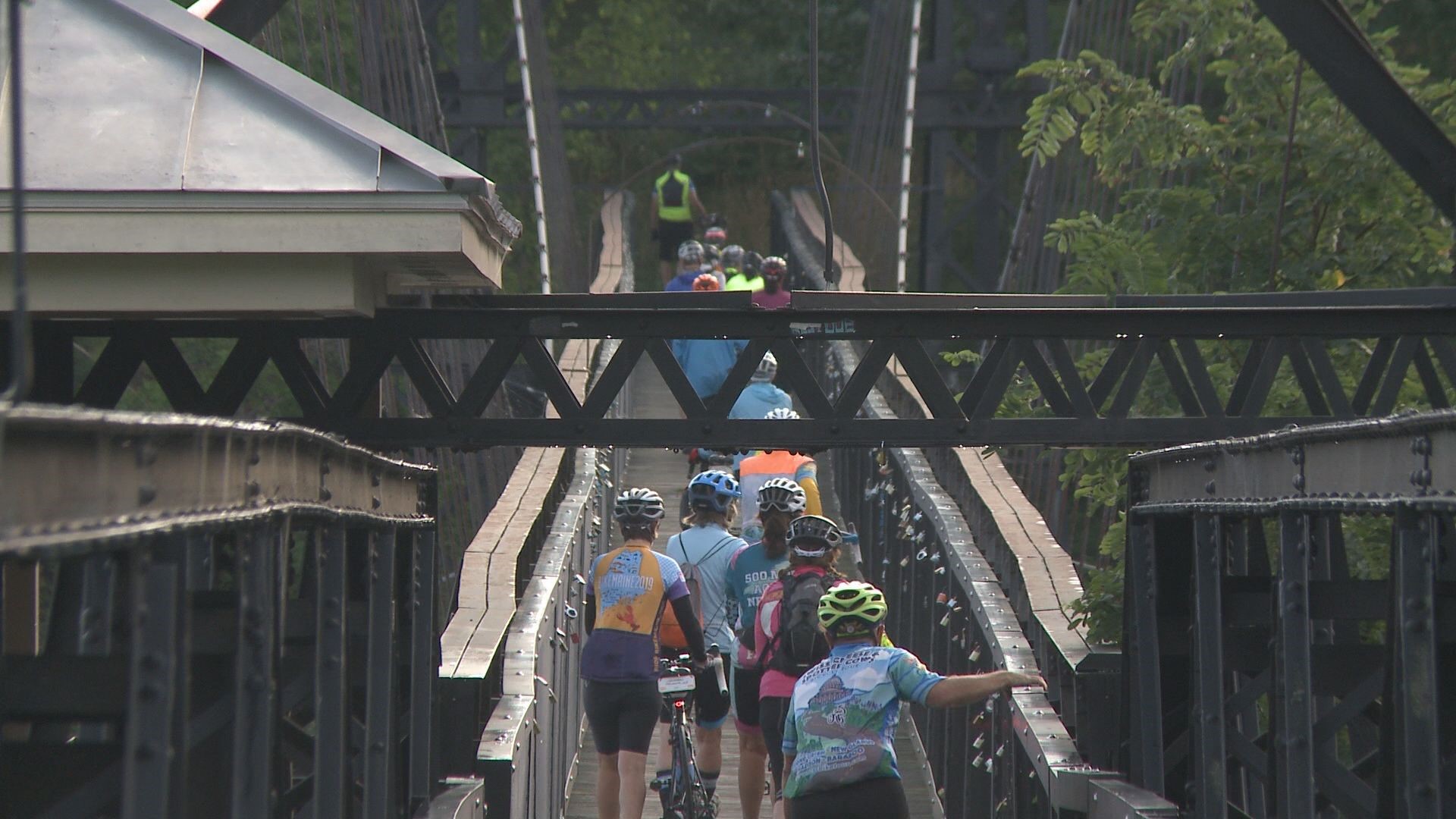 About the only difference in this year's ride was the high proportion of out-of-staters.  Seventy-five percent were non-Mainers.  No one knows why other than there is some thought that they were just more efficient in signing up earlier.

"We know the towns, but we don't know the back roads," said Dr. Jeff Sloan who now lives in Bethel after raising his family in Cumberland.

I had the pleasure of jumping in on the first day of the ride to pedal 58 miles from Waterville to Hope.  It was a fun day with lunch provided in Palermo.

Along the way, various civic groups such as the Waterville Rotary put on meals.

Many of the riders stayed in tents which were moved by Bike Maine volunteers.

Next year's bike Maine is intriguing as it tours the Katahdin Region.  Specific towns will be announced this winter.