Meet the felon behind the Maine State Ballad

Andrew Tozier was brilliant in battle, but turned to a life of crime after the Civil War. Then... 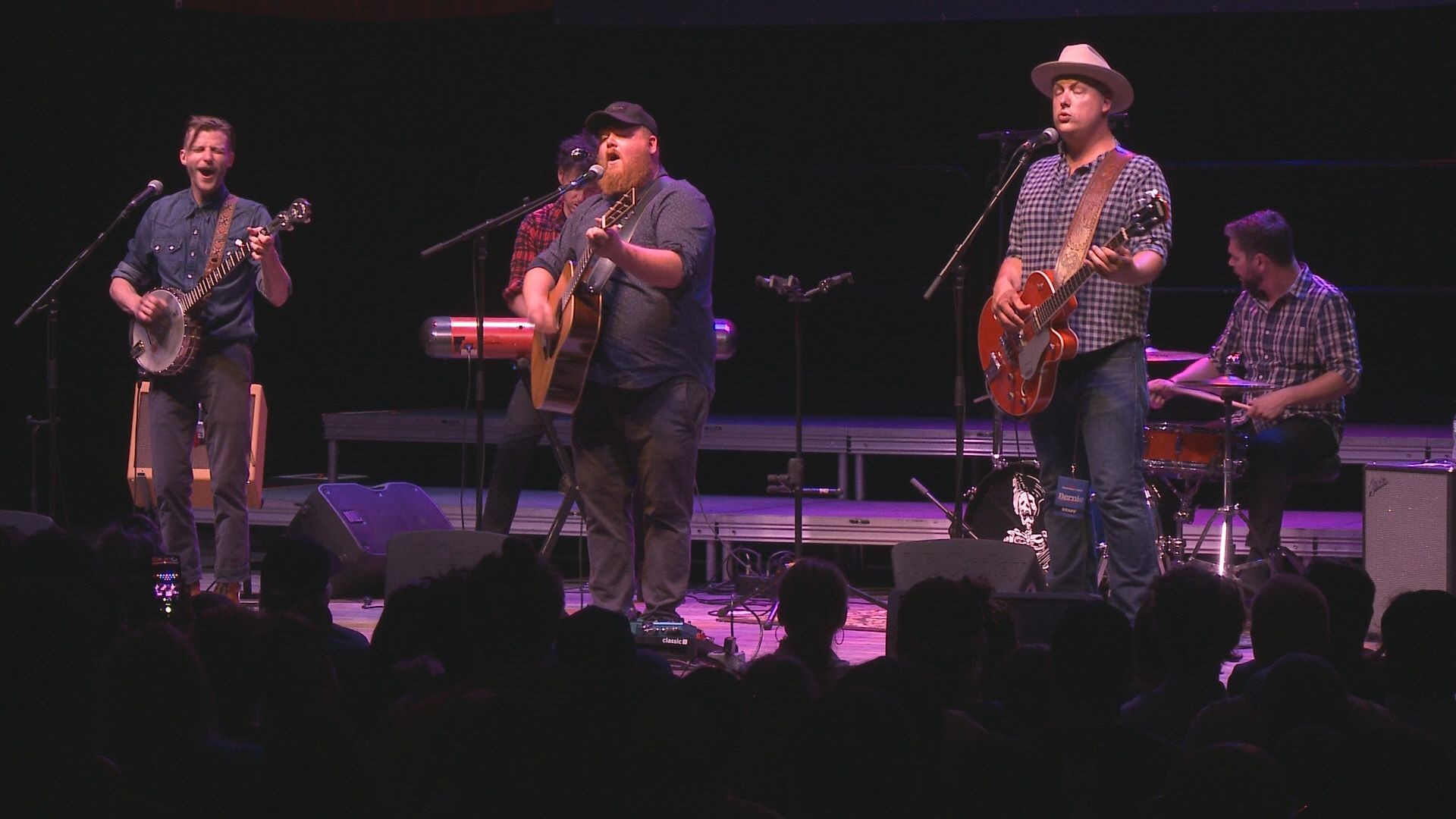 AUGUSTA, Maine — What makes a good soldier varies depending on where you are.

A person in the land being invaded may want a gentleman.

Back in the capital, they may want a man or woman who falls into line.

Those in the battle line want a defiant warrior and Maine had one in Andrew Jackson Tozier.

Griffin Sherry of the popular folk band The Ghost of Paul Revere was intrigued by this character.

"Stalwart, tough, probably bull-headed," muses the musician waving his hands as he  describes the desperate situation that Tozier found himself in at Gettysburg. That emotion sparked Sherry to write a song that has become the official Maine State Ballad.

We know of Tozier in battle from the reminiscences of 20th Maine Colonel Joshua Lawrence Chamberlain.

Chamberlain was a great writer who often turned abject terror into poetic prose.

He recounted how, during the fight on Little Round Top, he suddenly saw a lone figure through the smoke.  It was a vision of the color bearer,  A. J. Tozier. He had tucked the regiment's flag into the bend of his left elbow and was firing on the 15th Alabama with a rifle picked up off the ground.  Between rounds, he screamed defiantly at the boys rushing up the hill.

Tozier was wounded several times during the war. Just before his discharge in 1864, he was shot in the head at the little-known Battle of North Anna.

He came home and went on a crime spree. One of his accomplices was his half-brother, who was also his uncle.

"It takes a certain kind of genealogical work to figure that out," said former Maine Historian Dr. Thomas Desjardin who wrote the definitive work about Little Round Top, "Stand Firm Ye Boys from Maine."

Tozier would be sentenced to five years of hard labor at the Maine State Prison.

However, he was pardoned by Governor Joshua L. Chamberlain who personally set out to rehab Tozier.

Chamberlain took Tozier and his wife Lizzie into his house.  Paid him $50 a month as a hired hand and taught him to read and write.

The Toziers would have daughter while living in Brunswick and named the child Grace after the Chamberlain's daughter.

Tozier would move to Chebeague to become a fisherman and later back to his home town of Litchfield where he tried dairy farming and factory work.

He received the Congressional Medal of Honor in 1898 for his actions at Little Round Top.

He died in 1910 and is buried in Litchfield, perhaps the only felon who is the subject of an official state ballad.