While putting together a distinguished career, Laurie LaChance made the effort to get her Master's Degree. It was an effort that put her in position to lead Thomas College as its President. 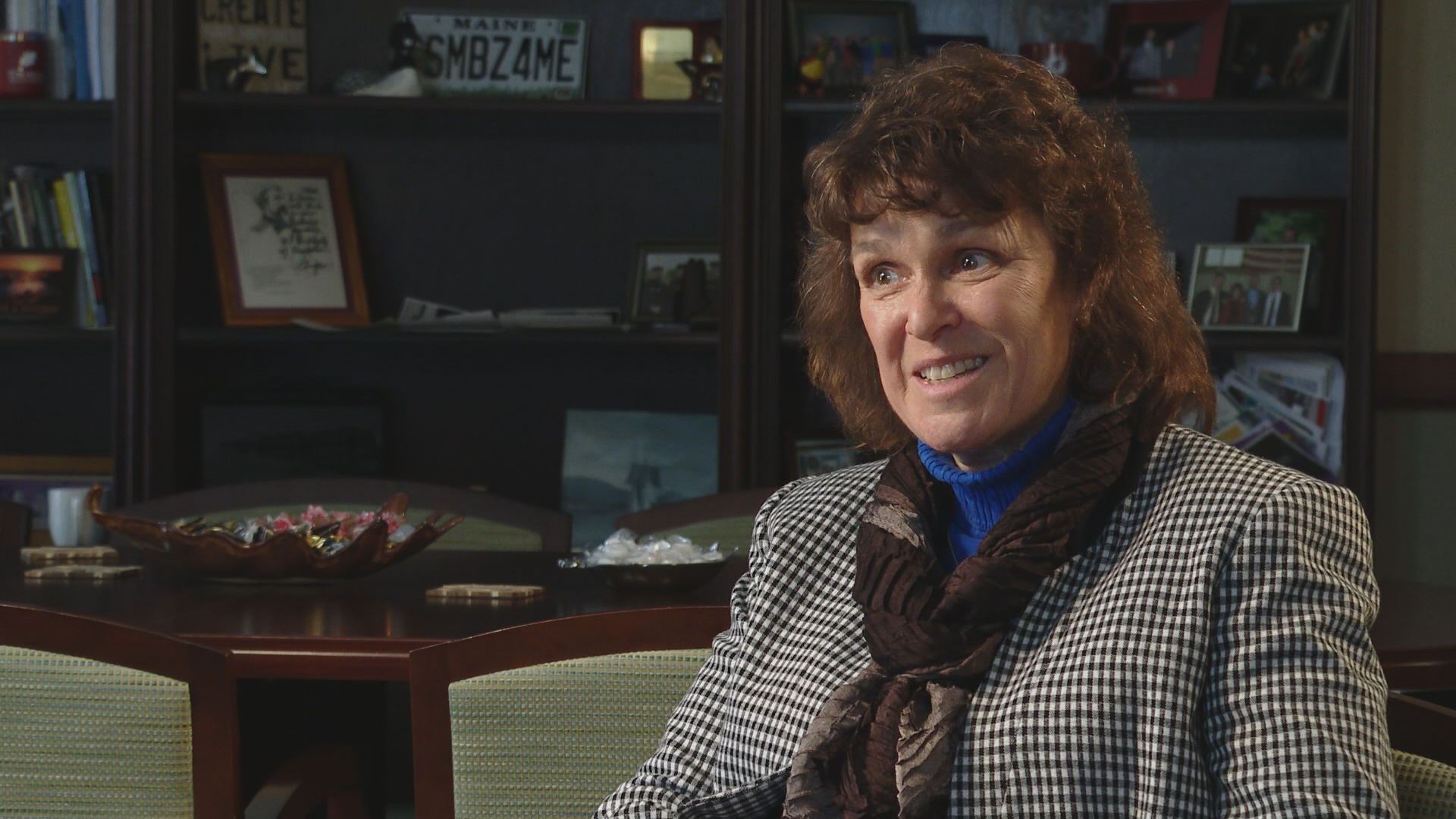 WATERVILLE, Maine — Thomas College is a private college of about 800 undergraduates and 200 graduate students.

It's President is Laurie LaChance who is different from most college presidents in two ways.  She doesn't have a doctorate and she is a woman.

She does enjoy the respect and admiration of at least three governors and almost everyone who served in the Maine Legislature in the 1990's.

That's because she avoided politics and focused on policy during her time as the Maine State Economist. Her forecasts about Maine's economic future helped set spending during the McKernan, King and Baldacci administrations.

Lachance is a native Mainer having grown up in Dover.  She was valedictorian of her class at Foxcroft Academy and graduated from Bowdoin.  There, she fell in love with economics.

She went to work at Central Maine Power when the company was having credibility problems. Her straight-forward style helped win the trust of legislators.

She and her husband David have two grown sons.

LaChance has received numerous awards.  She is a member of the Maine Women's Hall of Fame and was awarded an Honorary Doctorate of Humane Letters from the University of Maine at Presque Isle.