He's hosted 'Family Feud' and sashayed on 'Dancing With the Stars,' but to millions of 'Seinfeld' fans, John O'Hurley will always be J. Peterman. 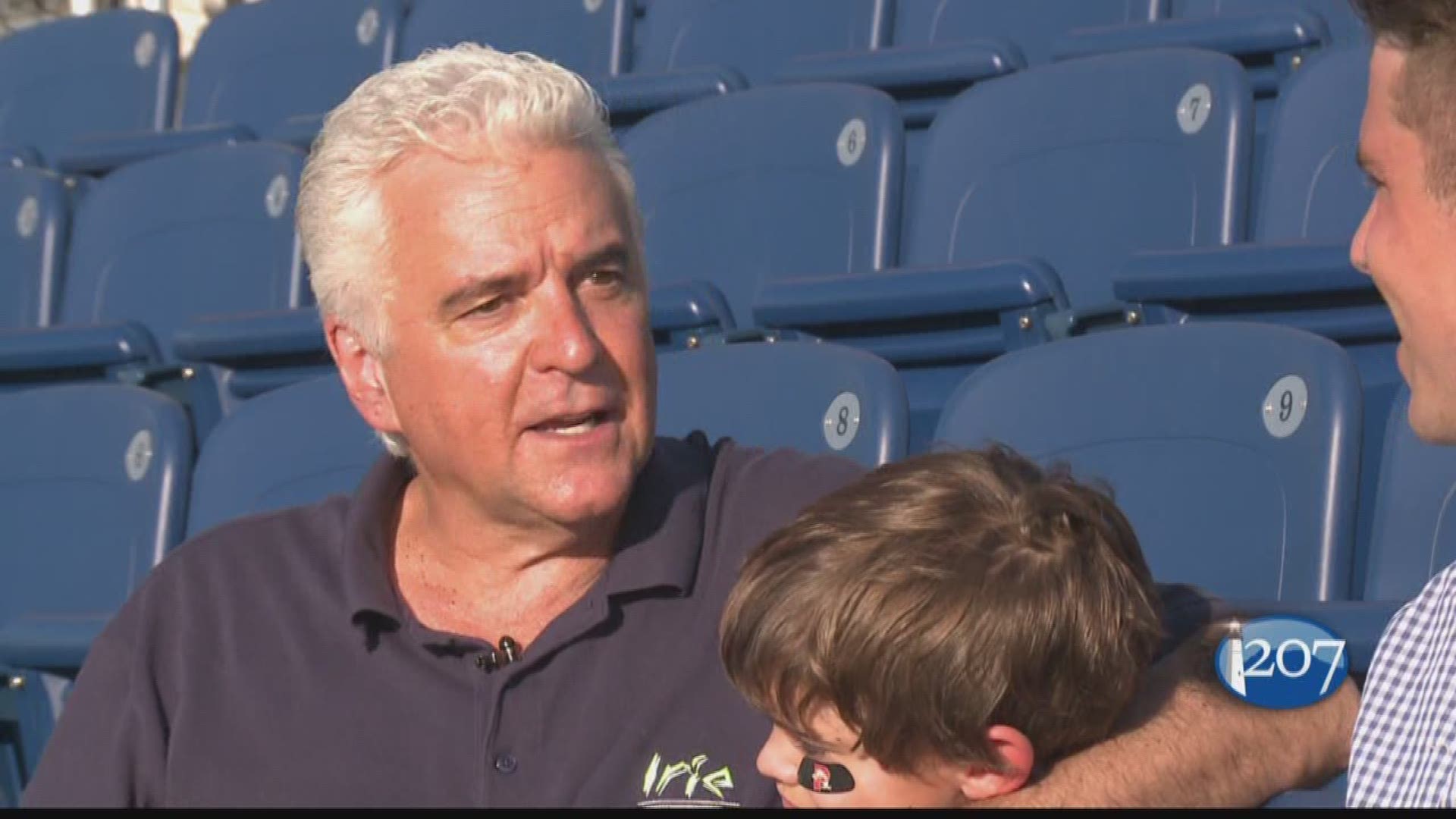 KITTERY, Maine — For a show that was supposed to be about nothing, "Seinfeld" has meant a great deal to the career of Maine-born actor John O'Hurley.

He and other cast members are sharing their memories to celebrate the 30th anniversary of the show's premiere.

Jerry Seinfeld conceived the show as a vehicle to explain how he came up with the material for his stand-up comedy routine. Seinfeld surrounded himself with a core group of friends -- George, Elaine and Kramer -- who mined humor out of everyday activities like waiting for seating at a restaurant or losing your car in a parking garage.

The show became a ratings phenomenon and many of the ideas it introduced remain cultural touchstones. The long list includes close-talkers, Festivus, "no soup for you," the puffy shirt and "yadda, yadda, yadda."

Little did anyone know how successful the show would become when it debuted without fanfare in the viewership-starved summer television season of 1989.

John O'Hurley wasn't there at the beginning. He joined the show in the last episode of season 6 in 1995 as J. Peterman, the ridiculously verbose founder of a catalog clothing company. O'Hurley made up for his late start with appearances in 20 episodes through the remaining three seasons of the series.

Although the last episode aired in 1998, constant reruns and access on streaming services have keep "Seinfeld" a permanent fixture of the pop culture landscape. That ubiquity has also kept O'Hurley forever frozen in the role of J. Peterman in the minds of millions of fans.

But O'Hurley doesn't shy away from the association. He gamely repeated some of his favorite "Seinfeld" quotes in a 30th anniversary interview with NBC's "Today" show. Some of the other "Seinfeld" alums who shared their memories were Patrick Warburton (Puddy), Larry Thomas (the Soup Nazi) and Brenda Strong (Sue Ellen Mischke).

"This whole character was a little bizarre to me," O'Hurley said, remembering his initial attempts to develop the J. Peterman character. "I had looked through the catalog. I just tried to say, you know what? If this is what they've given me, they brought me here to tear up the scenery so that's what I tried to do."

As Elaine's boss, O'Hurley often worked closely with Julia Louis-Dreyfus and spoke of his admiration for her. "One of the most enjoyable experiences was, not only watching Julia's professionalism, she's one of the great television comediennes of all time."

O'Hurley fought back against typecasting by putting his real personality on display in his next major jobs after "Seinfeld." He made it to the final round in the first season of "Dancing With the Stars" in 2005. And in 2006, he began a four-season run as the host of "Family Feud."

Maine also figured into O'Hurley's post-"Seinfeld" itinerary. He accepted an invitation from the Portland Sea Dogs to throw out the ceremonial first pitch of a baseball game in 2016. The visit was a homecoming for O'Hurley since he was born in Kittery in 1954. From a seat in the stands at Hadlock Field, O'Hurley spoke one-on-one with NEWS CENTER Maine's Johnny Mehler.

"I come back for the lobster. Frankly, I have a minimum daily requirement of shellfish every day," he joked before turning more wistful. "It's one of the prettiest states in the country and so many things to offer: the waterlands and the lakes, and then the seacoast are just extraordinary. It's one of my favorite places to come."

O'Hurley praised Maine not only for its recreational opportunities but also it's professional opportunities. "We drove past the Ogunquit Playhouse and my wife says to me, 'You've got to do a show here.' And I think back and I go, 'Yeah, I really do.' They've called many times and I'd love to."

O'Hurley hasn't performed at the Playhouse yet. But he has wowed audiences with his singing and dancing at theaters across the country in such shows as "Chicago," "The Fantasticks" and "Spamalot."

If O'Hurley ever had any qualms about his role as J. Peterman overshadowing his other work, he doesn't appear bothered. To the contrary, gratitude seems to be his overriding emotion in regard to "Seinfeld."

"You knew you were in St. Peter's Cathedral. You just had a sense of reverence that this was something special," he told the hosts of "Today." "I said to the extras on the J. Peterman set, I said save the scripts, make notes, everything because you will watch this with your grandchildren. And I can't say that about any other thing I've done."