You might know her from the movie "The Grinch"—she played Cindy-Lou Who. 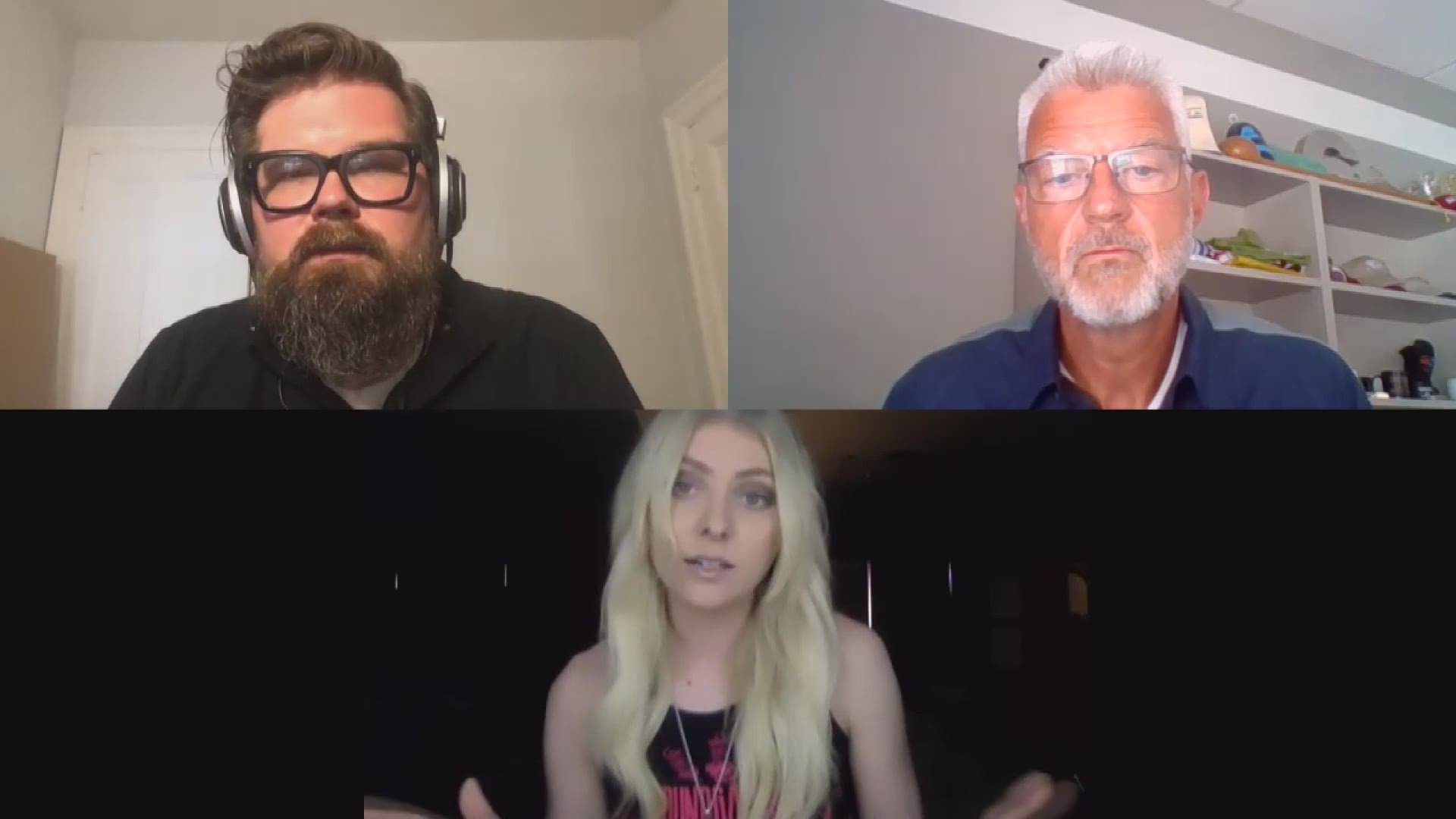 What you may not know, is that she's been living and working in Maine for years.

"I love Maine. I've been coming here for quite some time now, like since we formed the band because the band's all from New England," Momsen said. "So we rehearse up here. So I've been coming here since I was 15. It was about time I stopped staying in hotels and actually got a place. I love it. It's my favorite."

The Pretty Reckless formed in 2009, and released several albums that were well received. Five years later they released the number one smash hit "Heaven Knows" and the band has been crushing it ever since.

In 2018, tragedy struck. Their longtime engineer and producer Kato Khandwala died in a motorcycle accident. While they were still in mourning, they called Jonathan Wyman of the Halo Studio in Portland, and they went to work making the band's newest album "Death By Rock And Roll."

Taylor says, "Jon just really helped. We were in a bit of a tumultuous state at the time. Certainly at the beginning of the recording process. And he was just so amazing at letting us just go through everything we had to go through to create the record that we did. Honestly, I can say we're so proud of it. We're so proud of how this work turned out, and in my humble opinion, it's the best record we've ever made."

Jon Wyman has been the recording engineer in Portland for more than 20 years. He's worked with many local musicians over those years, and he's recorded several national acts as well. His job is very complicated, but he makes it sound easy.

"My job is to make what Taylor is hearing in her head come through the speakers. That's the best way to describe it," Wyman said.

He adds, "Coming into this brand new and fresh and sort of feeling out everybody's creative process... and basically figuring out how you've been making records and adapt to that."

By all accounts, Wyman was successful. Momsen says she and the band will definitely be working with him again.

The Pretty Reckless should be on tour right now, where they were all set to promote "Death By Rock And Roll." They were planning to hit the road with rock heavy-hitters like Pearl Jam, The Foo Fighters, and Guns and Roses. But COVID-19 has forced the postponement of the tour, and the full album hasn't been released yet. However, you can hear the title track here:

Momsen says not being on the road means they "can't complete the circle." She says she can't wait to get out there and "bang drums, crank amps, and scream into microphones."

Until then, this rock star will hunker down and wait it out... here in Maine.