'Quarantine Karaoke': One year of uplifting people around the world amid the pandemic

Joseph Meyers of Brewer started the Facebook group 'Quarantine Karaoke' in March 2020 at the start of the coronavirus pandemic. Now, it has more than 714,000 members 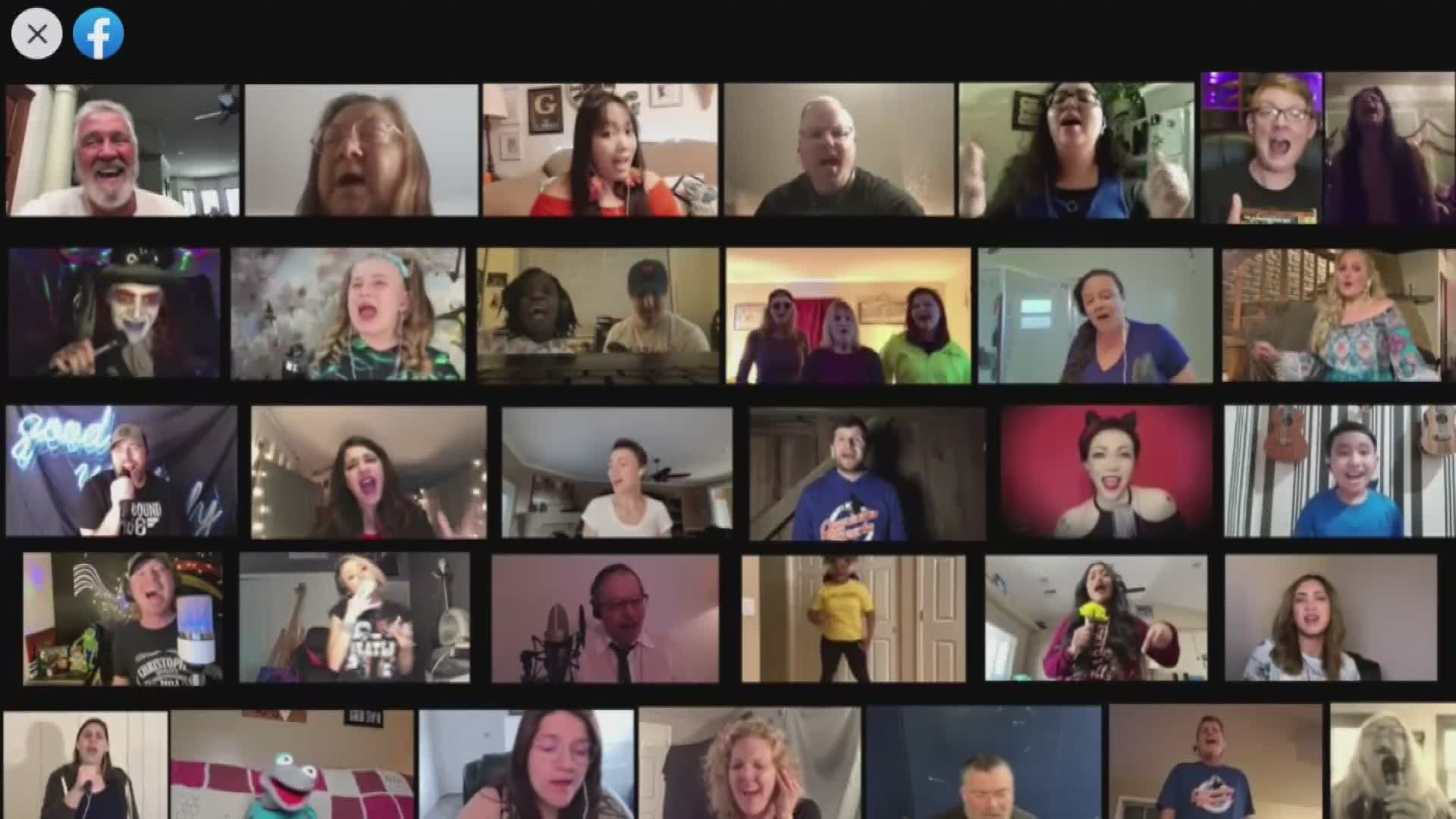 BREWER, Maine — More than a year into the pandemic, most of us are ready to return to some kind of "normal"—and have been for a while. There are some silver linings to this tumultuous year, though, that could be here to stay.

That includes the Facebook group Quarantine Karaoke, started by a man from Brewer a couple of days into Maine's stay-at-home orders in March last year.

The simple idea captured the attention of hundreds of thousands of people around the world. Now, the group has more than 714,000 members, and it's still growing.

Last week, Facebook group Quarantine Karaoke, started by a man from Brewer, celebrated its first anniversary. Hear from its co-founders about plans for the future -- and what it's like to be connecting 714.2K people worldwide on @newscentermaine at 5:30 and 6:30 a.m. #wakeMEup pic.twitter.com/0F6ynTTZJF

The journey began when Meyers took to Facebook on March 18, 2020, singing and dancing to a cover of "Blinding Lights" by The Weeknd. Meyers had originally intended for the group to be a way to connect with close friends and says its success has been "unexpected," chuckling about the thought that he "tripped over a viral idea." He says it's hard to believe Quarantine Karaoke is standing strong 12 months later.

"The lifeblood of the group continues to be the members and the way that they interact with each other," Meyers said. "Just complete strangers that are uplifting each other and supporting each other."

Quarantine Karaoke has used its influence for good this past year with a number of projects. Most recently, raising money to find a cure for ALS. One project that hits particularly close to home was a T-shirt fundraiser last spring to support the Bangor Area Homeless Shelter. Kevin Morneault of Bangor jumped on board with Meyers to create the product, and he has since stuck around as a co-founder of the group.

"The whole thing is a highlight," Morneault smiled. "I don't know if that's too vague, but for me, it is—because every week it's just a new project."

Publicity for the group has gone far beyond the Pine Tree State's borders, something Meyers says has been surprising, after finding out there are more than 620 million Facebook groups total. In September, Quarantine Karaoke partnered with American Idol to send the winner of a competition to the show. It also made an appearance on a pretty significant musical broadcast halfway through March of 2021.

"A lot of people were like, 'I'm watching the Grammys right now, and I just saw your face pop up in the middle of the show,'" Meyers said laughing.

The group's success hasn't come without a lot of hard work. Meyers and Morneault say running the page is a "full-time job" with the sheer volume of messages, people, and projects—and both men also have full-time jobs outside of it. They say the craziness, though, has all been worth it.

"I feel like I work 12 hours a day, seven days a week. I feel like I dream about Quarantine Karaoke," Morneault joked.

"That's really been probably the most rewarding thing—is how many people [who] were at the lowest of low points in their life found this group and have just told me a story after story of how it saved them," Meyers expressed.

Both men say they plan to continue Quarantine Karaoke "indefinitely," while evolving with the times. Once it's safe, they're hoping to organize live concerts for artists from the group to perform at and fans to attend.