Dempsey is only doing two interviews on his character Derek Shepherd's return to the show that changed his life, and one of them is with us. 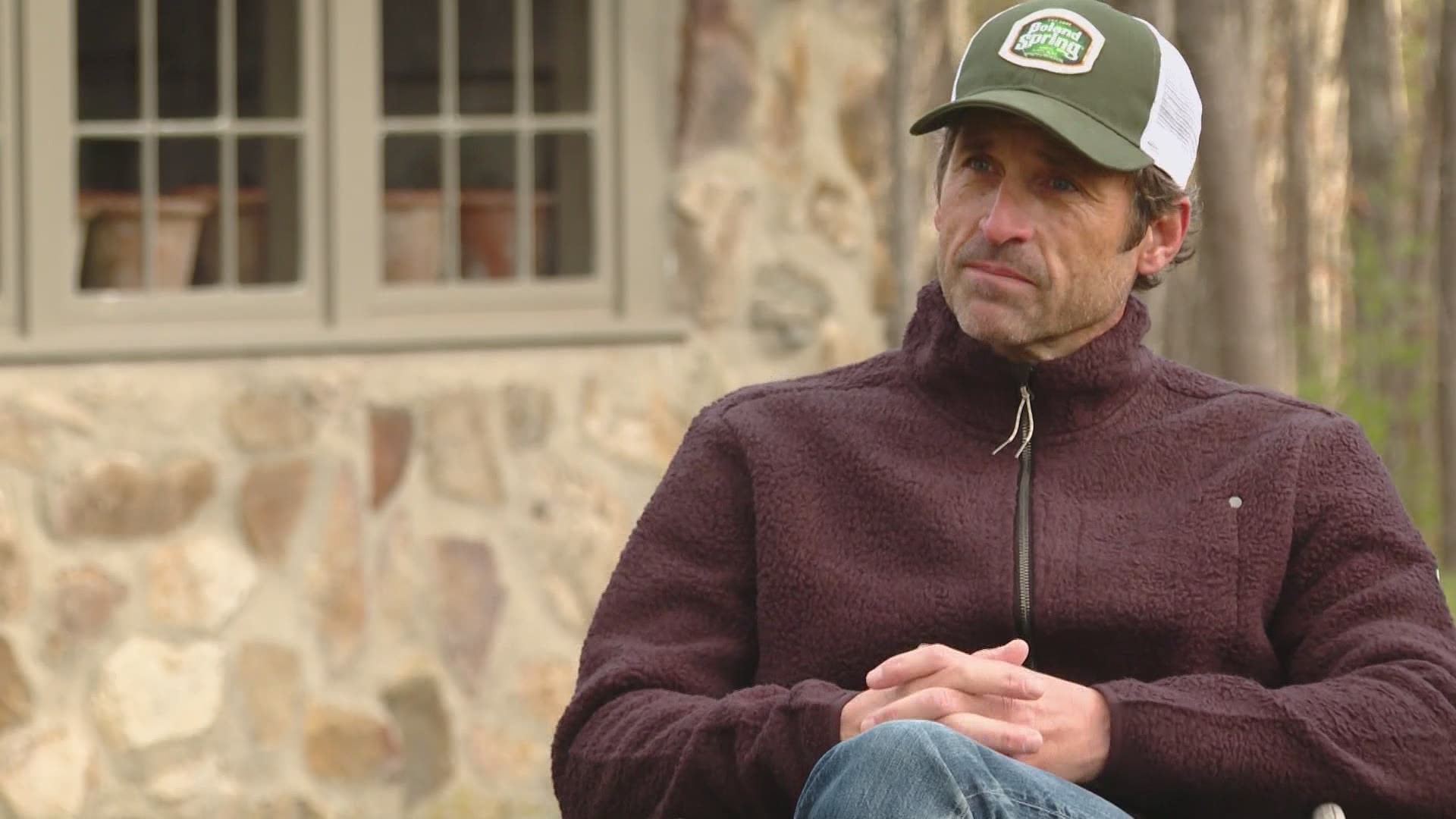 KENNEBUNKPORT, Maine — Twitter exploded Thursday night at 10:58. Patrick Dempsey had just reappeared on the show that made him a star, five years after his character was killed off.

It was a shock to many. A secret well kept. And it provided some much-needed closure for the actor and for his fans.

Dempsey is only doing two interviews about McDreamy's dreamy appearance, and one of them is with us.

We begin with how the reunion talk reignited, and how Sen. Angus King's wife played a major role.

Such a great day https://t.co/RKIFS15Yjt

Dempsey, who is from Lewiston, explained the idea to return to the show was sparked when Mary Herman King, Sen. King's wife, reached out to him for help promote wearing masks in Maine.

Afterwards, he was flipping through old photos and found one of him and Ellen Pompeo (Meredith Grey) from the set of Grey's. He reached out to her, and that's how the ball got rolling on a surprise return to the show.

Grey's Anatomy, which recently returned for its 17th season, is tackling the coronavirus pandemic as one of its main storylines this season.

While Dempsey only appeared for a few moments in the recent episode, he says there will definitely be more screentime for McDreamy in upcoming episodes.

Dempsey says he was glad to have some closure on that chapter of his life and also thrilled that the upcoming episodes will provide some closure for fans of the show as well.

"It was very surreal," Dempsey said. "It was really surprising how open and excited everybody was. It was healing."