"Its importance is beyond measure—it’s like the Holy Grail of rock music." 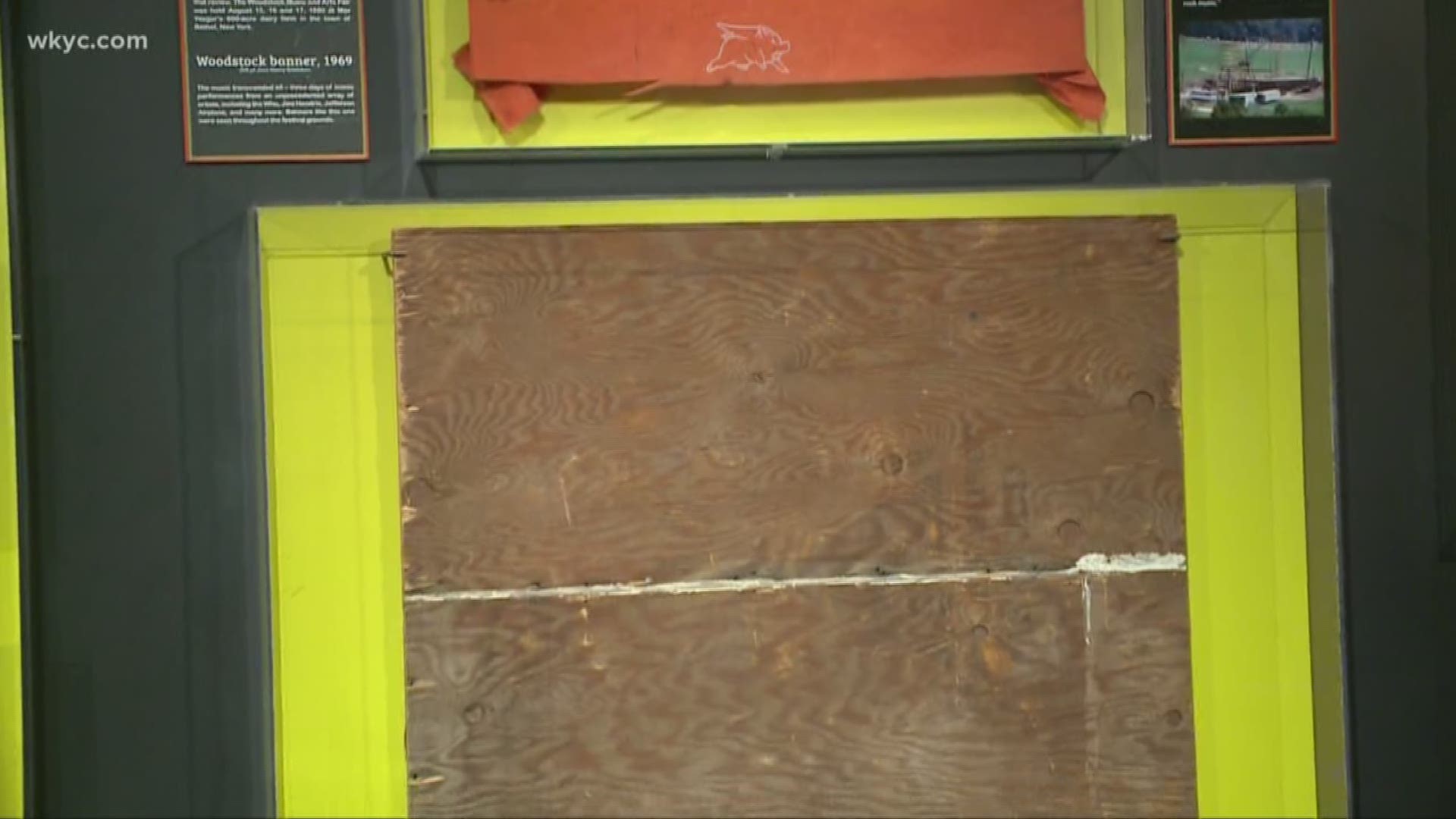 CLEVELAND — One of the most iconic music festival's of all-time happened in 1969: Woodstock.

An estimated 400,000 spectators attended the three-day event listening to the most popular musicians of that time take the stage, and now, you will be able to see that historic stage in person.

Steve Gold, the owner of the festival's original stage, was at the Rock and Roll Hall of Fame for this special artifact presentation and donation Tuesday.

Gold actually attended the festival in 1969 and the father of his girlfriend at the time bought panels of the stage and used them to build a paddleball court. Three years ago, Gold acquired the panels and started a website called "Peace of Stage." This site allows fans to purchase pieces of the original stage that have been recycled into necklaces and other Woodstock collectibles.

In a press release, Gold said that "people have an intense emotional attachment to the festival, whether they were there or not. The original stage is the only artifact that exists for people to touch and reflect upon, Its importance is beyond measure—it’s like the Holy Grail of rock music."

You can watch the festivities from Tuesday in the player below: