#WhereIsEllie: The Roots' Questlove seeks woman who gifted him a turntable and records in Portland when he was 5

The Roots frontman's record collection started in Portland, Maine back in 1976. Now he wants to find the woman who made it happen. 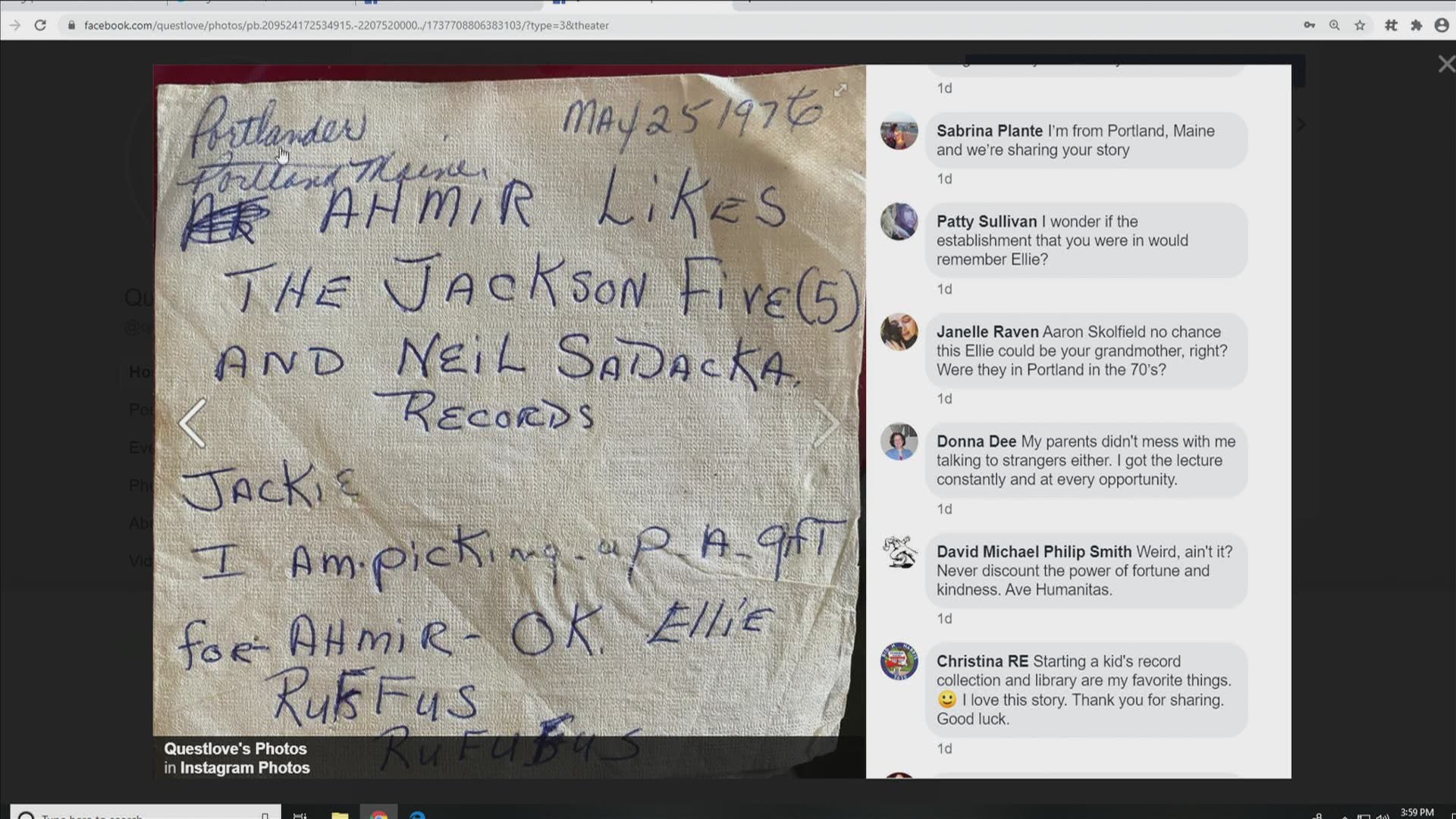 PORTLAND, Maine — Ahmir “Questlove” Thompson loves music. Considering he's the son of two musicians, one can see why. However, it was actually a woman in Portland, Maine who bought him his first turntable and his first three records. Now he's trying to track her down.

In a post to social media Saturday, The Roots' drummer and frontman told the story. He said he was in a Portland nightclub in 1976 at the age of five, waiting for his parents to finish their sets, when he talked an "older woman" named Ellie into buying him a stereo and a record collection.

"I knew talking to strangers was a no no but my instincts paid off," he wrote. "She started writing it down. I was 5 so I didn’t think anything was coming of this."

Questlove said when she asked him what he liked, he named "Bad Blood" by Neil Sedaka, "Dance With Me" by Rufus, and The Jackson 5.

"Sure enough the next night: she brings in a turntable (those kind that you now see at Urban Outfitters) and 3 records," he wrote. "My parents were HEATED but she pleaded on my behalf “please don’t have him get in trouble on my behalf!! He’s so cute of course I wanted to start his record collection!!!”

He said whatever she said must have worked and saved "his behind" because "black parents don’t play (with) talking to strangers," adding that he wasn't so lucky a year later when he asked a stranger to play “Brick House” on the jukebox at the local corner store.

Now Questlove is hoping to identify the woman who contributed to him becoming the musician he is today.

"But on the off chance someone in Portland Maine knows of a kind woman who in 1976 randomly purchased a turntable & 3 records for this lil black kid w an afro the size of Texas named Ellie....I’d like to know," he wrote.

After that turntable and those records, the rest is history. Questlove went on to become a frontman and drummer for The Roots, one of the most successful hip-hop groups of all time and current house band for "The Tonight Show Starring Jimmy Fallon." He's also a producer, author, and adjunct instructor at New York University.