The perfect soundtrack to rock it on the rocket. 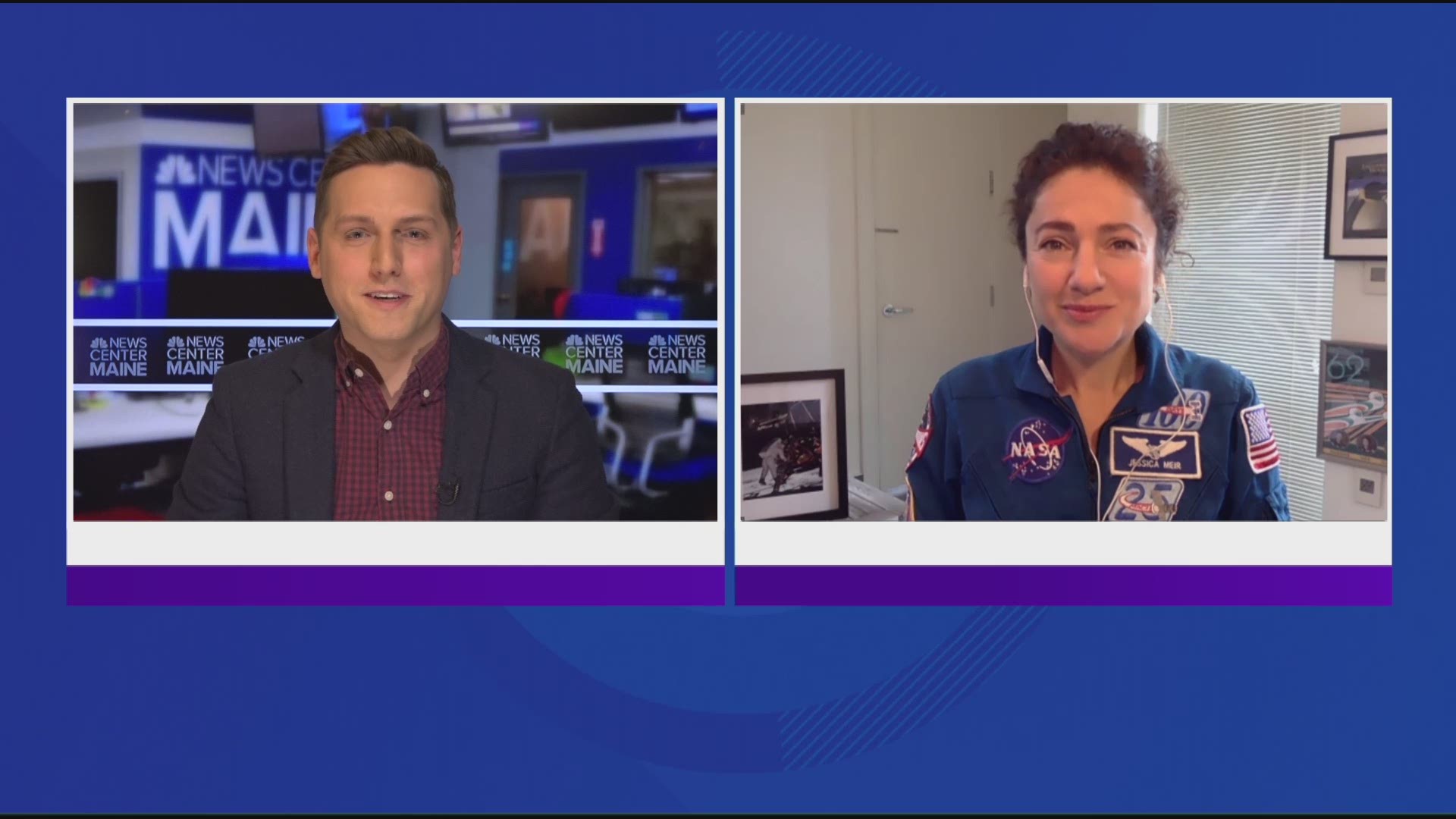 CARIBOU, Maine — Only one Mainer has a chance to go to the moon in-person. The rest of us can rely on music to make the trip in our imaginations.

NASA unveiled plans this week for its Artemis mission to return astronauts to the lunar surface. Caribou native Jessica Meir is one of the astronauts in the running to be part of the flight crew. If she's ultimately selected, she could become the first woman to walk on the moon.

Breaking barriers is an old habit for Meir. She left Earth for the first time last year for a visit to the International Space Station. As part of her stay, she was half of the first all-female spacewalk. When York's Chris Cassidy joined the ISS crew, he and Meir carved out a special place for Maine in the history of the space program.

Like the Apollo missions, @Astro_Jessica says that @NASAArtemis will have profound positive impacts and benefits for technology and culture. pic.twitter.com/4uvW6aSf8C

Meir dreamed of traveling to space since she was a young girl growing up in Caribou. Her fascination with the heavens is something she shares with poets and musicians throughout human history. The moon, in particular, has been a favorite source of inspiration.

Pop music is full of moon-themed songs. The news about Meir was a good excuse to dust off some of our favorites for a playlist in her honor. Here are the tracks:

We've loaded our picks into a playlist on Spotify. If you've got an account, just click on the link to listen. It makes for a good mix of traveling music whether you are flying to the stars or road tripping across the County, both of which are familiar routes to Jessica Meir.