Madawaska students strike up the band for new president

Band members in Madawaska are practicing every note to perfection in the week before their performance at the presidential inauguration in Washington, D.C. 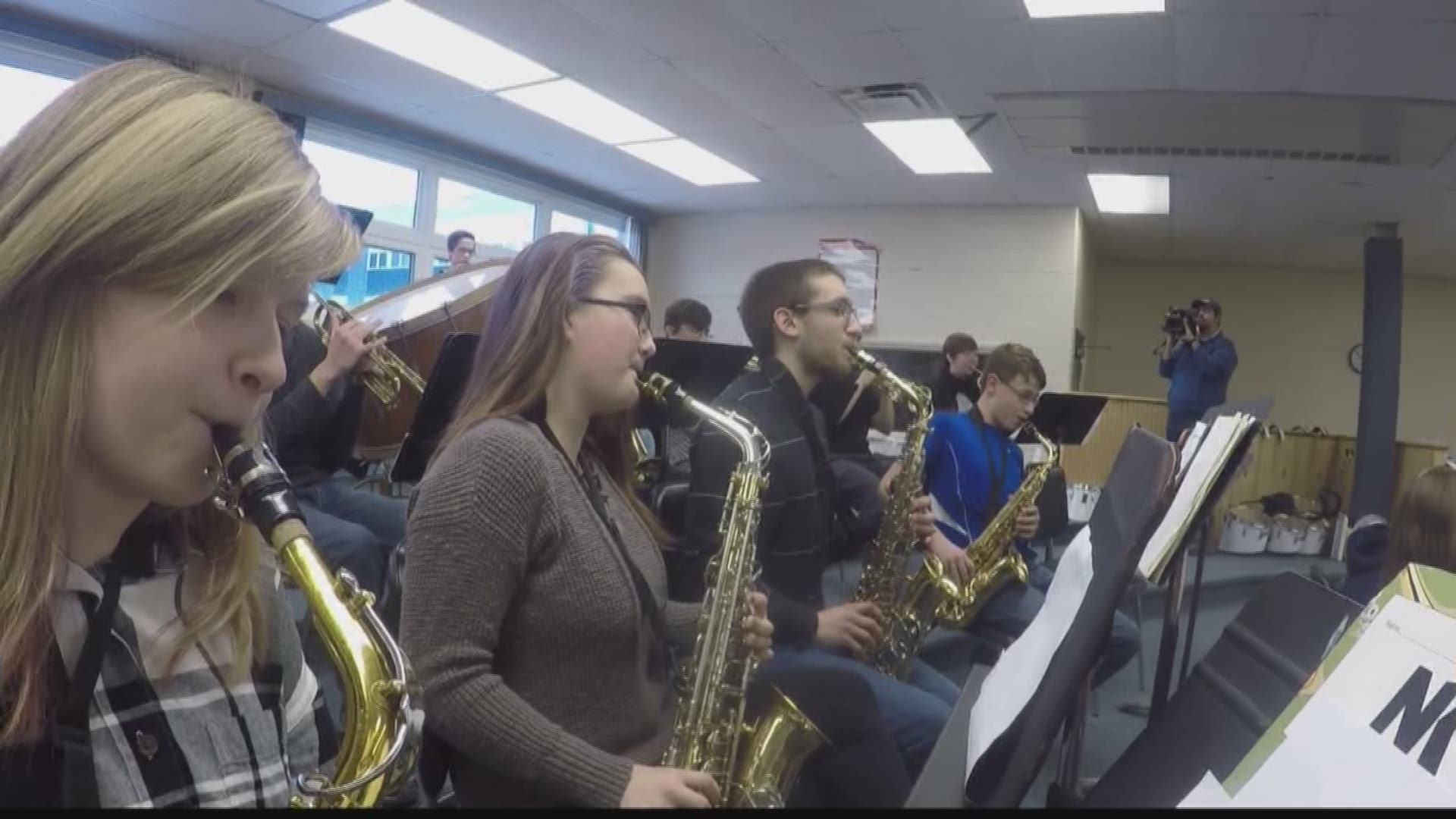 MADAWASKA, Maine (NEWS CENTER) - It's an honor only a few get to experience.The Madawaska School Band is heading to Washington D.C. to perform in the presidential inauguration festivities. NEWS CENTER caught up with some of the students during rehearsals.

They call themselves the Pride of Madaswaska, and in just over a week they will be showing off that "pride" by representing Maine in Washington D.C.

“It’s gonna be actually amazing it’s gonna be quite different then around here" said Grace Hebert, a member of the band.

Excitement is an understatement for these kids, who come in early before classes to fit in time to learn and practice their instruments.

“Very excited because like it's like a one in a lifetime thing, and probably won’t be able to do it again” said Harley Berube, a member of the band.

Traveling across the border to Canada, may be no big deal for these student, but to play in our nation’s capital in front of millions, that's going to be a once in a lifetime experience.

“We're probably gonna be really nervous but it'll be worth it in the end, because we'll be able to show our talent in front of so many people at a very special event" said Taylor Dionne another member of the band.

The band learned they were chosen to perform only a few weeks ago. Their leader, Music Educator Ben Meiklejohn. Says this means a lot not only to his students -- but the entire community.

The band of about 30 people leaves next week. They have raised more than $24,000 from donations to help pay for meals travel expenses, lodging and much more.