Concert venues across the state have begun booking bands and planning shows with plans to fill venues to full capacity. 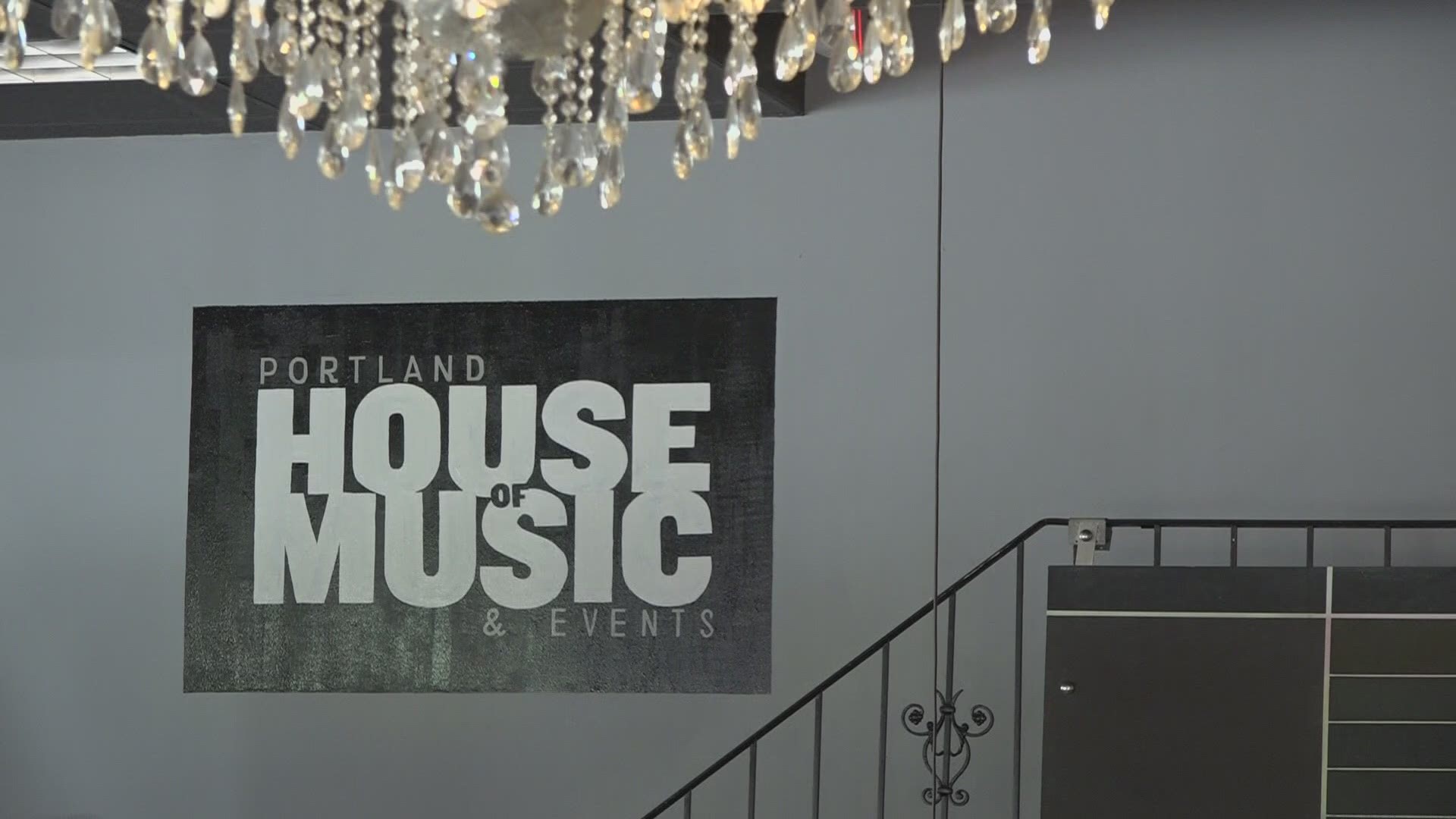 PORTLAND, Maine — While most concert halls and venues are still sitting empty and quiet across the state right now, that will be changing soon.

State Theater General Manager Lauren Wayne said the last few weeks have been a whirlwind, as her team organizes shows at the State Theater and Thompson's Point.

"Provided that the trajectory continues positively, with [COVID-19] cases down and vaccinations up, we will have a pretty full season. It will be a condensed season though, with most concerts in August and September."

Wayne said her team will keep an eye on the CDC data, but she expects both venues will open at full capacity without requirements for folks to mask up.

"We will be open at full capacity with no social distancing restrictions," Wayne said, adding anything less than full capacity didn't work with their business model.

Full capacity for Thompson's Point's The Depot is 7,500 people. At the height of the pandemic, only about 50 people were welcomed into the space for events, less than 1 percent of full capacity.

Recent development's in the state's fight against COVID-19 and the lifting of pandemic restrictions position concert venues to have a summer season in 2021 that looks very different than it did in 2020.

"After Governor Mills' announcement, we were very excited, thrilled! We've been waiting for this day," Wayne said.

She isn't the only one who has been waiting for this day. Over at Portland House of Music, owner Ken Bell said he's eager to have bands performing again.

Imagining the first night the venue will see full capacity, he said it will be "probably a little emotional! It's going to be a little crazy because this has been it!"

Concerts make a comeback! Officials with State Theater, which runs the major concerts out of Thompson’s Point, say they’re in the process of booking several summer concerts here and at the State Theater. They hope to fill to capacity & make up for lost revenue. @newscentermaine pic.twitter.com/5jHT6yZCd7

Even with bands back on stage, Bell said it will take years for the venue to financially recover from having to close throughout the past year.

"What we've lost overall in the last year with revenue and income... it's gone, you know? Even with the [Shuttered Venue Opperating] Grant coming in, it will help, but what we lost is what we lost. All we can do is look to the future and look to make it grow again! That's what we're going to do. I feel like I'm starting a brand new business and we're going to grow it again."

Starting in July, the Portland House of Music plans to host concerts filled to capacity. People will be able to enjoy the music, grab a beer or a shot...in the arm.

During its first few weeks in July, the Portland House of Music will offer concert-goers free vaccines.

Bell said, "We felt it was our way to give back and encourage people that if you want concerts, you need vaccines."

The concert hall will partner with Maine Health to provide Johnson & Johnson vaccines to anyone who may want one.

"There will be a section where people can come in, get the Johnson & Johnson 'one and done' vaccine, and then enjoy the show," Bell said.

Bell expects many of the shows the venue will host in its first few weeks of opening will sell out.

It's a similar story at the State Theater, where GM Wayne said, "We had a handful of show announcements this week with presales attached to them and they're going crazy."

Both Wayne and Bell said they hope people will get vaccinated, buy concert tickets, and turn out to support their venues.

RELATED: One of Maine’s best-known musicians releases a new album—and he won’t make a nickel off it