The show will take place May 2 in support of scholarships named after the four students killed on campus May 4, 1970. 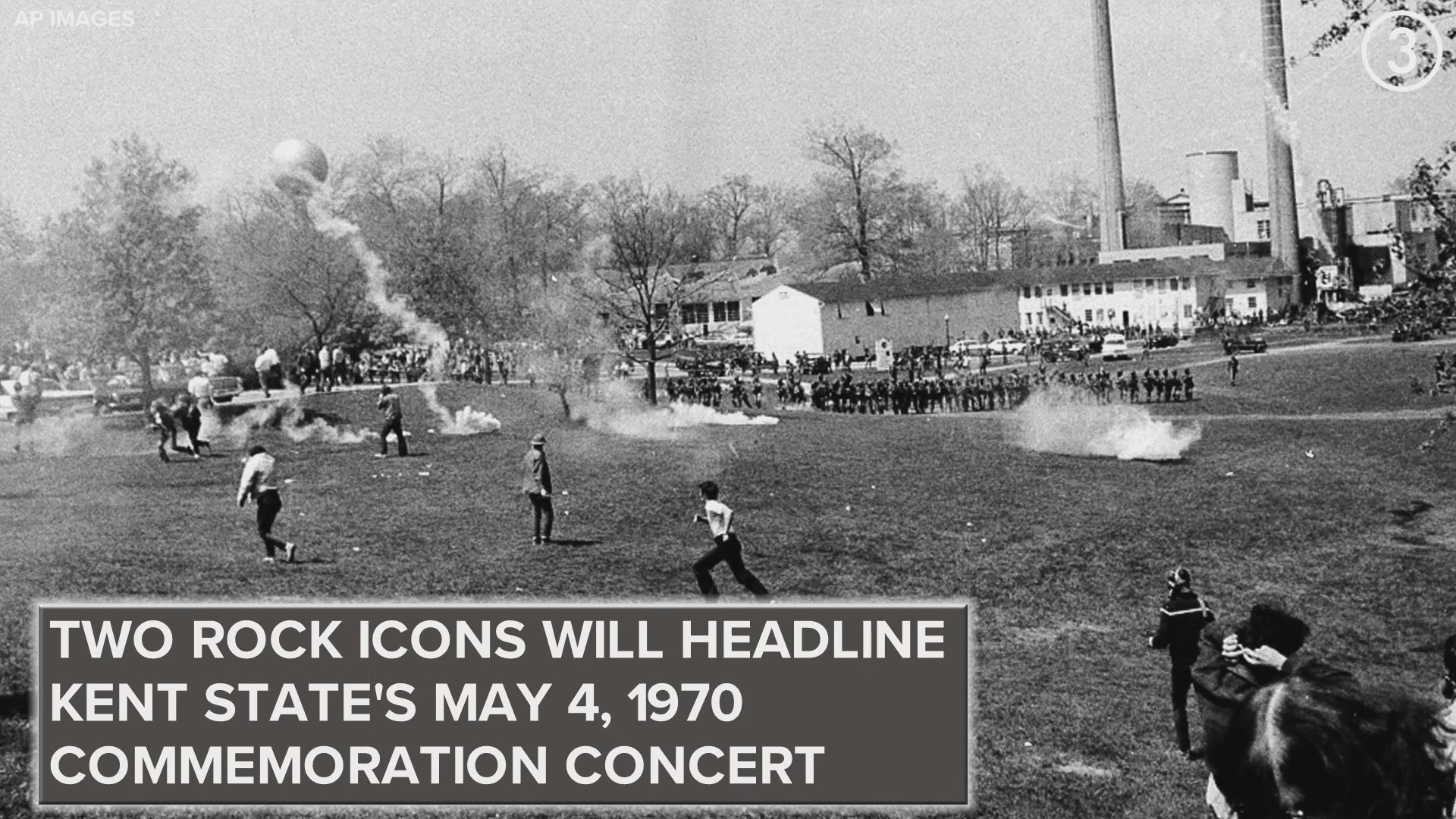 KENT, Ohio — Kent State University is commemorating the 50th anniversary of the deadly anti-war protest on campus with a benefit concert headlined by two Rock & Roll Hall of Fame acts.

The university on Wednesday announced that Joe Walsh and Barnstorm and David Crosby will headline the show May 2 at the Memorial Athletic and Convocation (MAC) Center on campus.

Proceeds from the show will support the May 4 Legacy Scholarships created to provide financial aid to four students majoring in the university's Peace and Conflict Studies program. Each scholarship bears the name of one of the four people killed on campus May 4, 1970: Allison Krause, Jeffrey Miller, Sandra Scheuer and William Schroeder.

“We are extremely honored and grateful to have these two world-class musicians as part of our 50th commemoration activities,” Kent State President Todd Diacon said in a news release issued Wednesday. “The willingness of these artists to help us raise funds for the scholarships demonstrates the commitment and strong ties that these individuals have to honoring those killed and wounded on May 4, 1970, and ensuring a lasting legacy of learning and peaceful reconciliation.”

RELATED: Journey bringing new tour to Blossom Music Center with the Pretenders in 2020

Walsh, who was on campus the day of the 1970 protest, has penned rock classics such as as “Life in the Fast Lane” “and “In the City.” The Grammy Award winner also joined The Eagles prior to the recording of the band's platinum "Hotel California" album.

Crosby, a two-time Rock & Roll Hall of Fame inductee, was a founder of Crosby, Stills, Nash & Young. The group released the song "Ohio" in summer of 1970 to generate awareness to the tragic Kent State protest.

The university will continue its 50th commemoration May 3, when actress Jane Fonda is scheduled to speak at the Memorial Athletic and Convocation Center to discuss her life in social activism and reflect on the history and legacy of the events of May 4, 1970. The event is free and open to the public, but advance reserved tickets are required.

RELATED: The long list of concerts coming to Northeast Ohio this summer