Thirty-three years after "Coming to America," the actors return to the sequel project, sold due to the pandemic by Paramount Pictures to Amazon. 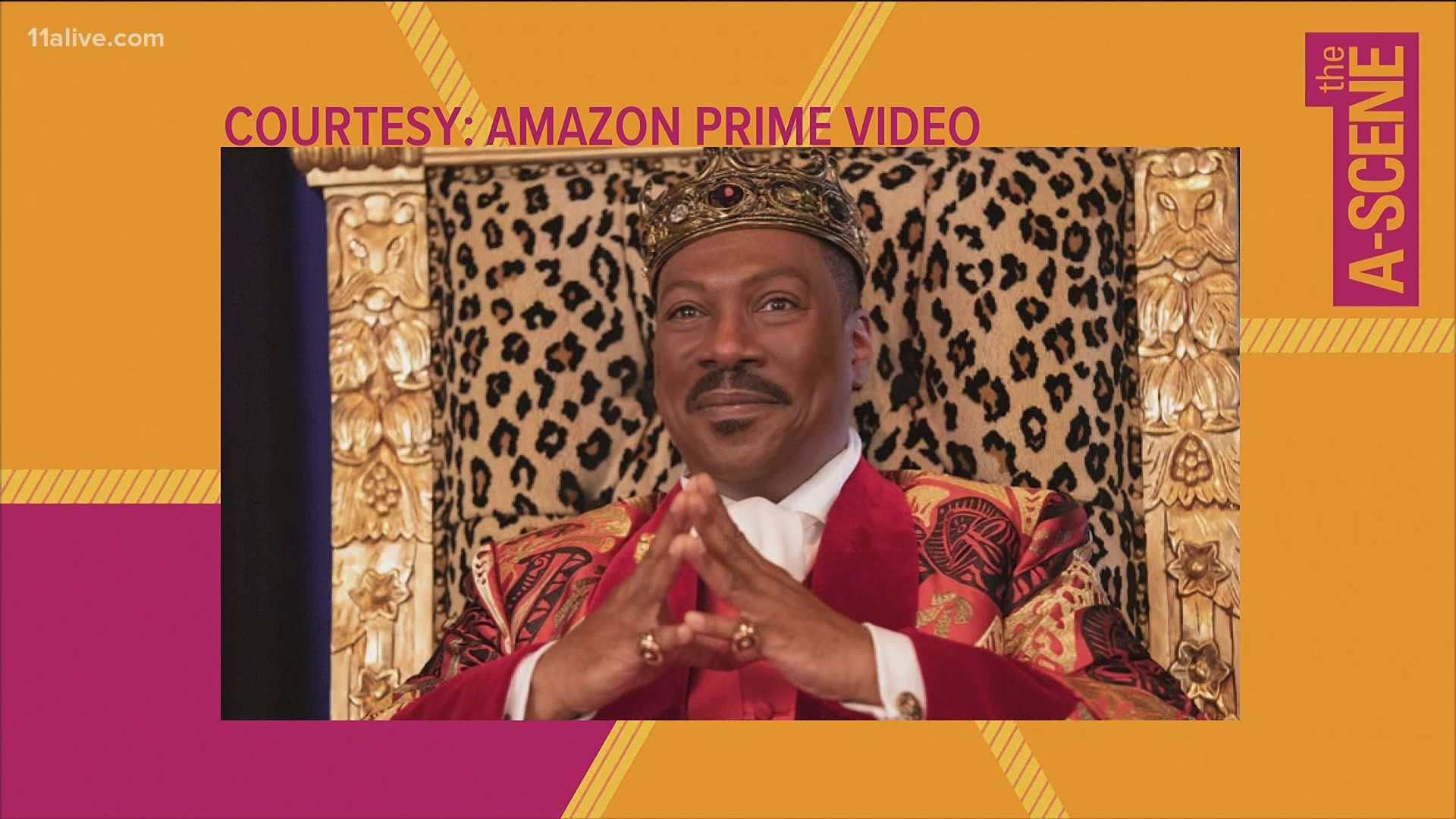 When Eddie Murphy made the original "Coming to America," he was, almost indisputably, the funniest man in America.

Murphy was at the very height of his fame, coming off "Beverly Hills Cop II" and the stand-up special "Raw." They were heady times. Arsenio Hall, Murphy's longtime friend and co-star in "Coming to America," remembers them sneaking out during the shoot to a Hollywood nightclub while still dressed as Prince Akeem and his loyal aide Semmi. "We were insane," says Hall.

"I was so young, all this stuff was happening. You take everything for granted when you're young, how successful I was," Murphy says, speaking by Zoom with a shelf of award statuettes behind him. "Now I take nothing for granted and appreciate everything."

Thirty-three years after "Coming to America," Murphy and Hall have returned to Zamunda. The sequel, originally planned to hit theaters last year, was sold due of the pandemic by Paramount Pictures to Amazon, where it will begin streaming Friday.

It's an unlikely coda to a blockbuster comedy, one that belongs so completely to the late '80s that even the sequel tries to keep some of that era's spirit. (En Vogue and Salt-N-Pepa make cameos.) "Coming 2 America," directed by Craig Brewer, reverses the fish-out-water plot to bring Queens to Zamunda after Akeem learns he fathered a son (Jermaine Fowler) on his first visit to New York.

Some elements have been updated. There's a plot of female empowerment; KiKi Layne plays Akeem's daughter. At the barbershop, where Murphy and Hall also reprise their characters, the conversation bounces from Teslas to transgender people.

"We had a draft where they had on MAGA hats and they were Republicans," says Murphy. "It was funny but it was like, eh, let's not even go there."

Instead, Murphy and his collaborators — including writers Barry W. Blaustein, David Sheffield and Kenya Barris — felt the core appeal of "Coming to America" lies in its fairy tale premise.

"This is the only movie I've ever done that had a cult following," says Murphy. "We had totally forgot about 'Coming to America.' Then this movie took on this life in the culture. It became like a cult movie. Lines from the movie became catchphrases. People do the mic drop now. The very first mic drop is Randy Watson from 'Coming to America.'"

"Coming to America" has indeed played a unique role in culture since 1988. Real-life McDowell's fast-food restaurants — the McDonald's knockoff from the movie — have briefly popped up in Los Angeles  and Chicago. Beyoncé and Jay-Z once dressed up as characters from the film for Halloween.

But the John Landis-directed movie was also a massive success on release. It was the second-highest grossing film domestically in 1988 with $128.2 million in tickets sold — nearly double what "Die Hard" made that year. Globally, it grossed $288.8 million, or more than $630 million adjusted for inflation.

To Murphy, that's the movie's legacy.

"It's not about being Black. It's about love and family and tradition and doing the right thing," Murphy adds. "If 'Black Panther' was about the hood, people wouldn't have seen 'Black Panther' all around the world."

"I've had people say, 'Now Zamunda isn't a real place, right?'" says Brewer. "And I say, 'No, it's definitely a real place. I believe it's just northeast of Wakanda.'"

The script for "Coming 2 America" was worked on for four years but shooting started quickly. Murphy first suggested Brewer direct "Coming 2 America" during a dinner with John Singleton after a test screening of "My Name Is Dolemite," the Rudy Ray Moore biopic that helped spur a revival for the 59-year-old Murphy.

"'Coming to America' was one of my favorite movies as a teenager," says Brewer, speaking from his home in Memphis, Tenn. "I couldn't help but just say 'Yes!' immediately. Then it became clear to me that this is going to go, like, now."

"Coming 2 America" also rekindles the great comedic chemistry between Murphy and Hall. Murphy estimates the close friends have seen each other two or three times a week for 40 years. But they went decades before talking about a sequel.

"All of a sudden I'm reading this script that I love and I realize this movie that we thought we never were going to do a sequel to, we're about to head to Atlanta — which is America's Africa," says Hall.

The shoot took place on the Tyler Perry Studio sound stages, with Rick Ross' nearby mansion serving as the Zamunda palace. The movie reunites most of the original cast — including James Earl Jones, John Amos and Shari Headley — and brings in many others, too, including Wesley Snipes, Leslie Jones and Tracy Morgan. Hall, who had been doing stand-up with Chris Rock and Dave Chappelle, sensed everyone wanted in.

"One day in the dressing room, Dave is like, 'I heard ya'll are doing 'Coming to America 2.' I said, 'Yeah, man.' He said, 'I want to be in that,'" recalls Hall. (A scheduling conflict interfered and the versatile Hall, who has four roles in the movie, ended up playing the witch doctor part Chappelle might have.)

Some things have changed with time. This "Coming to America" is rated PG-13. Murphy was just 27 when he made "Coming to America." Now, he has 10 children and a grandchild. His daughter, Bella, has a small role in the film.

"He joked about it on 'Saturday Night Live,' about him versus Cosby and who's America's favorite dad now. But there's something to that," says Brewer. "If you're ever around Eddie and his kids — and now his grandchild — you see that he's truly a man who loves his family and does not need the public's constant validation and appreciation to know who he is."

Family life figures prominently in Murphy's newer stand-up material. A long-awaited return to performing in 2020 had been his intention before the pandemic hit. Those plans haven't been canceled; when live performance returns, Murphy says, "then we'll do stand-up." Until then, Murphy, a proud homebody, has found himself back where he started.

"I had gotten off the couch to go to work. I said, 'OK, let me get off this couch I've been on for eight years. Let me go do some work,'" Murphy says. "And we were rolling. We did everything we set out to do. The big thing was going back to 'Saturday Night Live.' We was on a high. 'Coming 2 America' was in the can. Then the whole world fell apart."

"I was all ready to go," Murphy says, grinning, "and then I had to go sit back on the couch."