A new Cinemark movie theater project is already underway at Rock Row in Westbrook, expected to open in 2023. 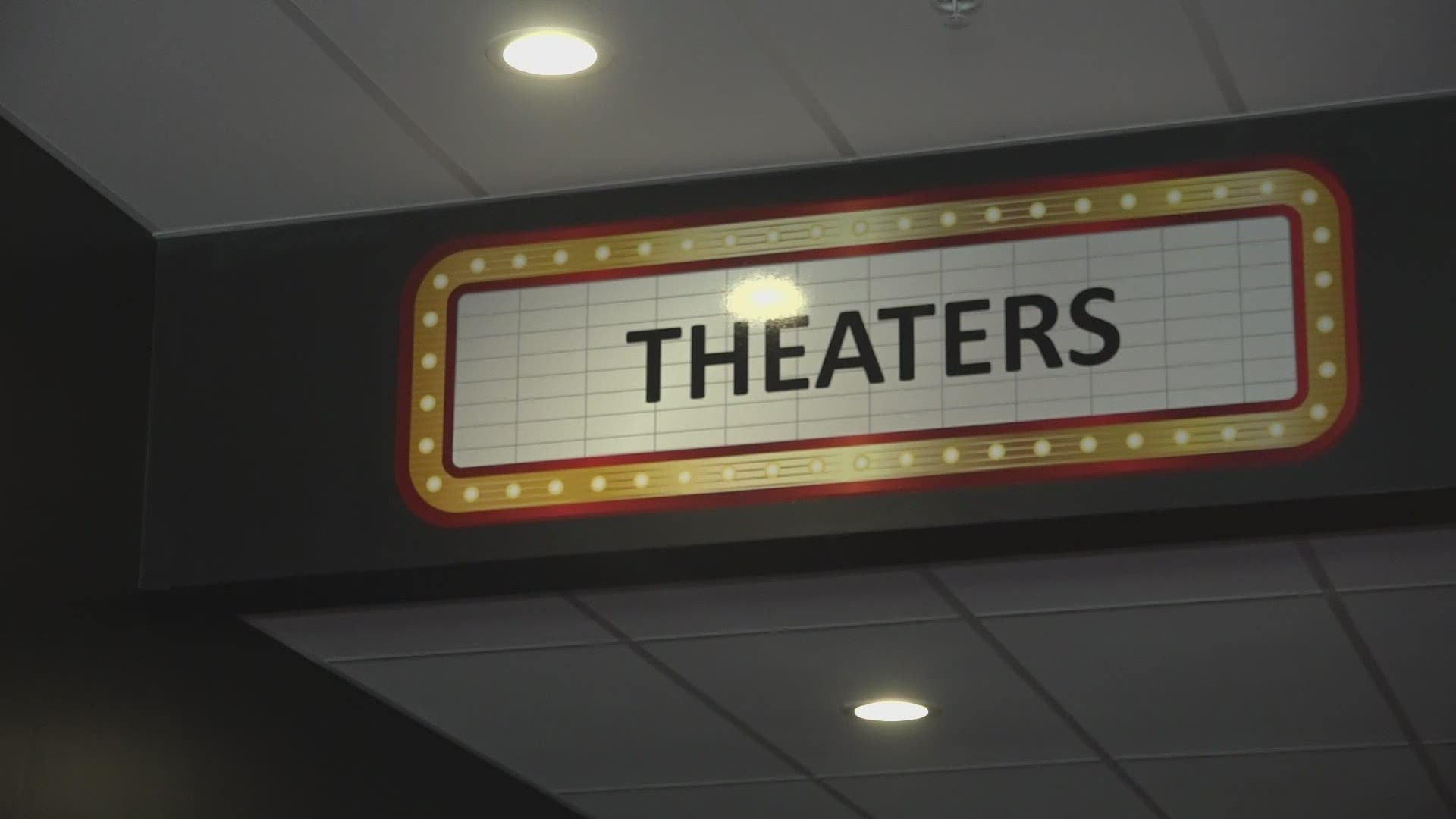 WESTBROOK, Maine — For more than a hundred years, movie theaters have been a staple for most Americans. Whether spending time with family and friends, meeting someone for a first date, or watching a film you've been excited to see, chances are you've frequented the cinema once or twice before.

Like so many other aspects of life, though, the industry has seen a number of changes because of the pandemic. Last year, theaters around the country and the world had to close. Some still haven't reopened and may never, after being hit too hard financially. In February, Cinemagic closed all of its locations, shutting down theaters in Saco, South Portland, and Westbrook. Those buildings are locked up now, with framed and outdated movie posters hanging outside indicating what once was.

This Cinemagic movie theater in South Portland is one of three in Maine that closed permanently earlier this year. There may be hope on the horizon for Maine cinema lovers, though. That story on @newscentermaine at 6 and 6:30 a.m. #wakeMEup pic.twitter.com/wFJrb6HhaB

RELATED: After a tough pandemic year, the Maine International Film Festival is back

Despite the hardship, the demand for cinema has been big -- and those involved in the industry say it likely won't go away any time soon, even amidst changes in how people consume movies.

Albert Waitt, the director of operations at Smitty's Cinemas, said this summer, the franchise has had some if its best weekends yet, meeting or surpassing pre-pandemic crowd sizes. At the Sanford location, this July Fourth weekend was one of the theater's busiest ever.

“It's just good to have people back, and people are excited," Waitt expressed with a smile. "It's kind of a normal thing that they can return to after being shut out for months and months."

Waitt said he thinks the variety of services that Smitty's offers has helped keep business booming, and he expects it to continue with a backlog of movies.

"I think it really makes a difference, us being a dine-in theater, because the experience component of going to the movies is heightened," Waitt said.

RELATED: Review: 'Black Widow' is a satisfying detour for Marvel

Smitty's also represents some of the only large-scale theaters available in Maine after Cinemagic's announcement months ago. There hasn't been official word yet about what may happen with these sites, but William Mann, the economic development director of South Portland, said he would support putting a similar business in the Cinemagic theater's former home, depending on the property owner's plans.

"We would be interested in having theaters, and I think prior to the pandemic, (Cinemagic) was probably doing very decent business," said Mann.

In Westbrook, a new project at Rock Row is already underway to address this demand: an almost 44,000 square-foot, 12-screen Cinemark theater. Josh Levy, the owner of Waterstone Properties Group, which is developing Rock Row, said his team is responding to what the greater Westbrook community is asking for.

"Just like online shopping, we're finding that people don't just want to sit at home in front of their computers all day," Levy explained. "They want to get out and experience something like this."

He said he's confident about prospects for the theater, which is expected to open in 2023.

"I don't know if it's this year, or next year, or 2024 -- but people are going to be coming out in droves, wanting to socialize, wanting to have that experience, and wanting to go to the movies," Levy said.

For Westbrook's economic development director Daniel Stevenson, the $10 million to $12 million movie theater project (part of the greater $800 million Rock Row endeavor) is an exciting opportunity to attract people to the area. He expects Westbrook will see millions of visitors annually, as a result of the development. The movie theater will just add one more component.

"Everything in today's model -- it needs to be around the experience," Stevenson said. "People need to go places to enjoy what they're doing, and that site is designed just for that."

It's an indication that the tales of the death of cinema may not be entirely true.

"I don't think that movie theaters are going away any time soon; however, what we see that movie theaters play may change -- and has changed," said J. Sperling Reich, the executive editor of Celluloid Junkie, a trade publication about the distribution and exhibition industries of motion pictures.

He said he thinks blockbusters will always dominate cinemas -- but it may take a couple of years for the release window time to get back to a pre-pandemic normal of 30 or 45 days. He also thinks theaters will eventually stop streaming films in-person on the days of their releases to avoid more piracy issues.

Reich said according to Comscore, about 82 percent of theaters in North America have reopened since the pandemic. Mann said anyone interested in establishing a movie business at the former South Portland Cinemagic location (or another) can reach out to bizsupport@southportland.org.

RELATED: 'Falling flat on our faces was humbling' | Bull Moose store apologizes after dispute with workers over mask policy