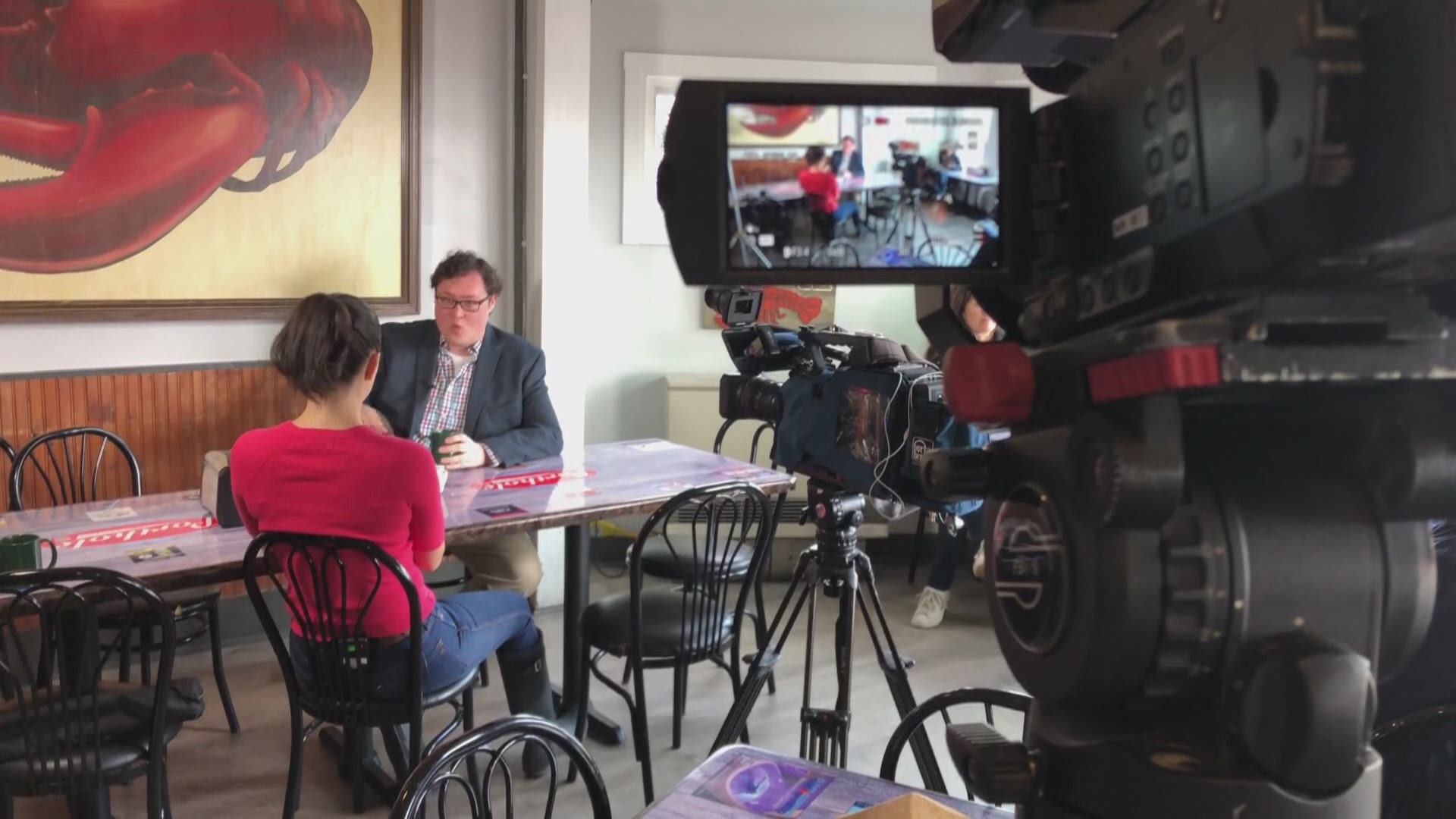 "It started in my dorm room as a joke with all of my friends on my floor... And we woke up the morning after the first post --which was about the department stores Ames-- and it had been seen by 30 million people across the country," says Gavin.

That was in 2012. Since, Maine Memes has grown into a multi-platform brand with Wicked Funny TV and Maine Vibes, which feature videos and podcasts respectively.

Gavin works Monday through Friday as a radio DJ and audio producer for radio stations across the country. On the weekends, he also runs a wedding DJ company.

Maine memes is something he does on the side as part of a team of four editors. All of the other editors also work in media and radio.

"It's not really a planned program, so to speak," says Gavin. "It's not like we're sitting around all day thinking of jokes. It's more like when something is trending on Facebook, we say, 'oh hey, this is funny.'"

How does he know what makes for a funny meme?

"You know it when you see it," says Gavin. "You have to be from Maine and have that shared experience."

If you're from Maine, Gavin explains, "you have that shared experience of knowing what's funny in Bangor and how people from the County think about the people who live in Portland. Knowing what is funny where is a big part of it."

Gavin is able to bring a broad perspective to his comedy because he has lived in many different places around the state.

"I was born in Portland, but I grew up in Biddeford. I went to Biddeford High School and then I went to UMaine in Orono... I've lived in Bangor and I lived in the County for a year. It was actually 8 months and 23 days, I wasn't counting, but that's exactly how long it was," Gavin jokes.

While all of the content at the start was original, Gavin says many recent memes have been generated by the Maine Meme audience. People will direct message the account their own memes or write a comment that will spark an idea for a meme.

Gavin says the simple goal of the account is to have fun and make people laugh. "We try to keep things strictly fun. We're not a hard news outlet and we don't try to be. We try to avoid politics if we can."

Gavin loves hearing from Mainers who connect with the account.

"When we got a message from Bill Green one day saying I've shown this to everyone in the office and we're on the floor laughing, I think that was the day we knew we'd made it," Gavin jokes.

RELATED: Maine ranked one of the world's top travel destinations in 2020