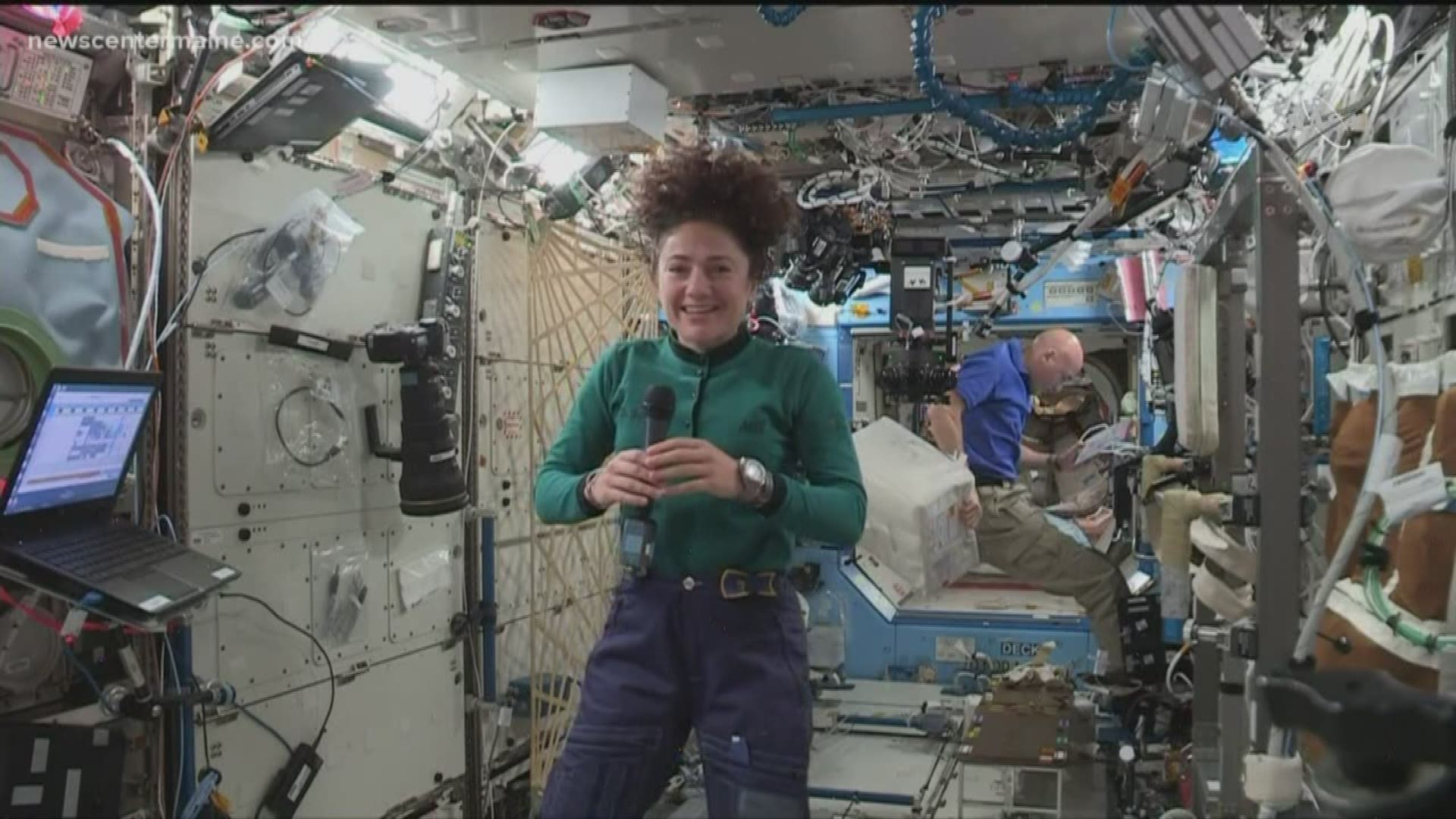 PORTLAND, Maine — It was a long shot that Jessica Meir could become an astronaut.  Now she is on a long space shot of six months, the first Maine woman to ever be in orbit.

"Science is very important to me," the graduate of Caribou High School told NEWS CENTER Maine. She did her first science work within 36 hours of her joyous arriving at the Space Station.

"I was surprisingly calm," she said as she recounted her experience in the crowded Soyuz rocket that carried her to the station.

She majored in Biology at Brown University, received a Master of Science in Space Studies from the International Space University and a Doctorate in Marine Biology from Scripps Institute of Oceanography at the University of California at San Diego. It's fair to say that Meir's pursuit of credentials worthy of becoming an astronaut has taken her around the world.

Now she goes around the world every 90 minutes.

This means when the Space Shuttle passes over Maine, she is closer to her hometown of Caribou than people living in Portland. Of course, if those Portlanders were on the Shuttle, they could go to Caribou in one minute and one second as the spacecraft travels 17,500 miles an hour.

Meir proudly displayed a Maine flag and a Maine patch as she spoke from the Space Station.

Her mission is expected to last until early April.