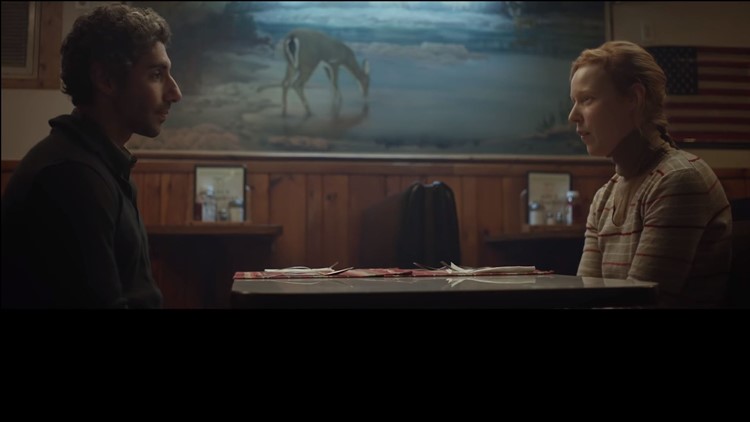 MAINE, USA — Production designer and location scout Pete Hansen lives in Maine, just outside of Bangor. He found the gig with director and co-writer Stefanie Abel Horowitz through a Facebook group for the Maine film community.

Hansen scouted 15-20 locations around the state, mainly in Bangor, Southwest Harbor, and Bar Harbor. From his list, the director narrowed it down to a handful of locations, including Judy’s diner, Penobscot Theatre, and even the Bar Harbor ferry.

The Penobscot Theatre location in the film.
Sundance Institute

The film, which is 12 minutes long, focuses on Fran, a lonely young office worker. Fran is depressed, and “sometimes thinks about dying.”

The overall mood of the film fits the subject: it’s sad with dark and blue undertones of winter. Yet, the charm and hometown feel the locations provide is a testament to Maine, and gives the film, and Fran, a sense of belonging she yearns to feel.

Before making the Oscars shortlist, Sometimes, I Think About Dying premiered at the 2019 Sundance Film Festival and made its way around to other festivals.

The Oscar nominations will be announced on Jan. 13.

Sometimes, I Think About Dying, along with other nominated shorts, can be watched for free on YouTube.