No word if Kenny Bunkport, the town’s anthropomorphic social distancing lobster mascot, was steamed not to be the only Kenny in town 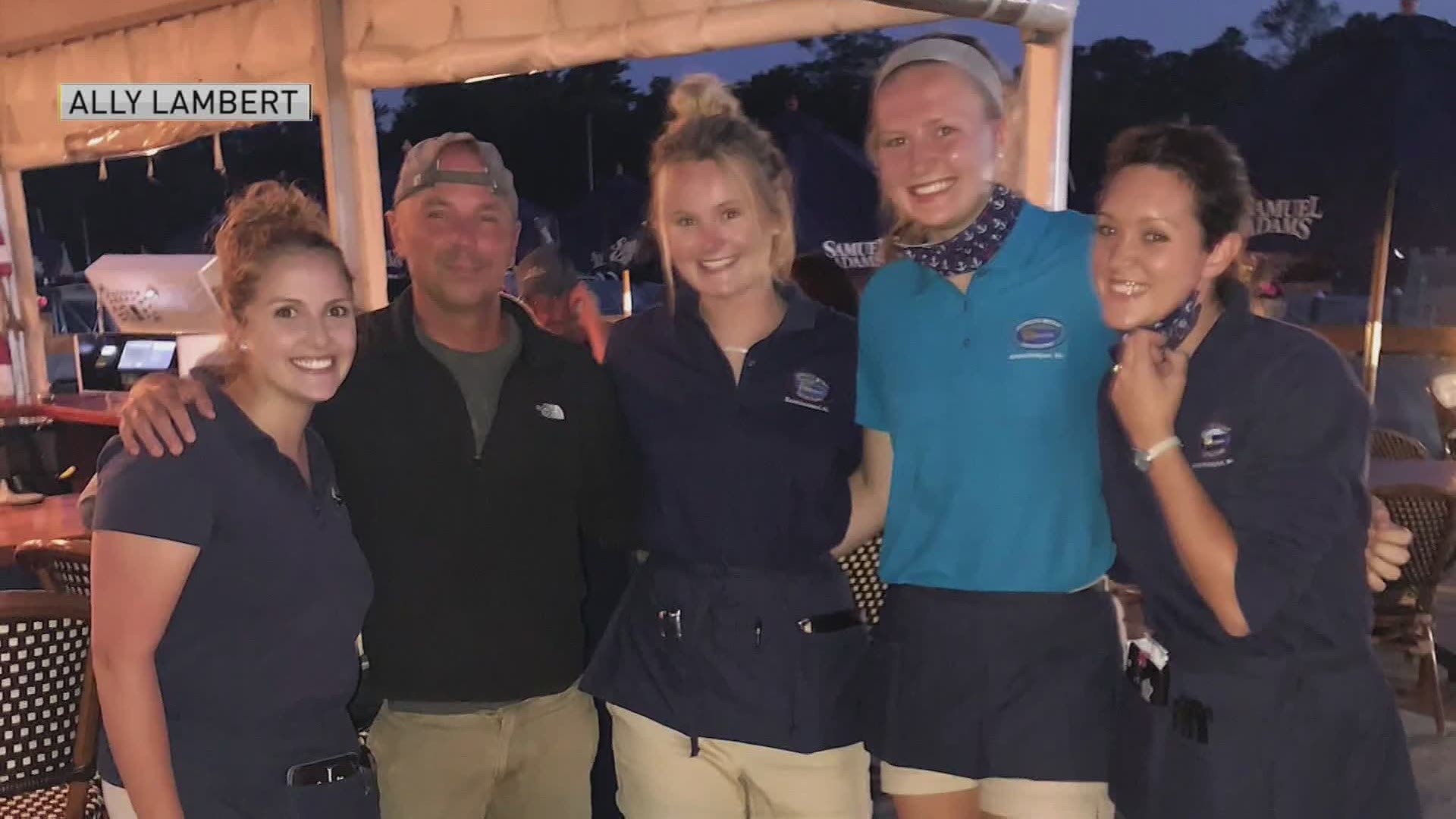 KENNEBUNKPORT, Maine — It really puts the “Kenny” in Kennebunkport.

Over the weekend, a few lucky people in that southern Maine town caught glimpses of country music star Kenny Chesney.

According to staff at various restaurants and businesses, Chesney frequented Alisson’s Restaurant, The Colony Hotel and The Arundel Wharf Restaurant -- at minimum.

Some of those people snagged a picture with him, including Ally Lambert.

“I just happened to pick up a shift, so one of my coworkers could celebrate his birthday,” she explained of the impromptu introduction at Arundel Wharf, adding that she “saw some guy sitting at the bar and I said, that kind of looks like Kenny, because I had just watched him on TV like two nights before at the 'Best of ACMs.'”

Lambert didn’t think it could possibly be the person she saw at her first-ever “big concert” at Gillette Stadium in 2008.

But sure enough, within a few minutes, a bartender pulled her aside and said, “You realize Kenny Chesney’s sitting at our bar, right?”

That sent Lambert “fangirling,” to use her word, and prompted her to politely ask her manager and then Chesney if she could grab the snapshot.

“He was so kind, you hope celebrities are going to be nice and more often than not you hear stories -- they don’t want to take pictures with their fans, they can’t be bothered. But he took pictures with everyone who asked that night,” she said.

As for why Chesney was in Kennebunkport during the pandemic, NECN and NBC10 Boston turned to Kenny Chesney superfan Kim Charland, a Mainer who lives about 20 minutes from the sightings of her idol and has seen roughly 20 of his shows, meeting him twice.

She believes Chesney was visiting friends in the area, a story that lines up with an interview posted on Darling’s Waterfront Pavilion Facebook page in 2018, in which he says his “boat captain, Ben, is from Maine. A lot of my friends that are a part of the Love for Love City Foundation. Several people that were in my home during the hurricane live in Maine. So I’ve get a special place in my heart for Bangor, Maine, and the whole state is beautiful, the coast of Maine I absolutely love.”

In the same interview, Chesney says, “playing there gives us the chance to go to Kennebunkport and spend the afternoon the day before, which I always love. I got a lot of friends there that are fishermen, or boaties or guides, whatever, that own bars there that really have a special place in my heart.”

That sentiment, on top of the “good vibe, island vibe, summertime vibe” Chesney brings to his music is what sets him over the top for Charland.

Chesney’s tractor may be sexy but the fact he mentions Maine in his song and keeps coming back to New England, even through a pandemic sets him above the rest.

“The fact that there’s all this craziness going on, that he feels comfortable coming here, it says a lot for Maine that this is the place to come, grab your mask, social distance and enjoy your summer still,” she said.

No word if Kenny Bunkport, the town’s anthropomorphic social distancing lobster mascot, was steamed not to be the only Kenny in town.

RELATED: And the band played on...Where you can (safely) get your live music fix in Maine

RELATED: Blake Shelton concert coming to drive-in theaters across the US, including Maine