Thousands of Phish fans around the world are now singing Heather McDougal's name. 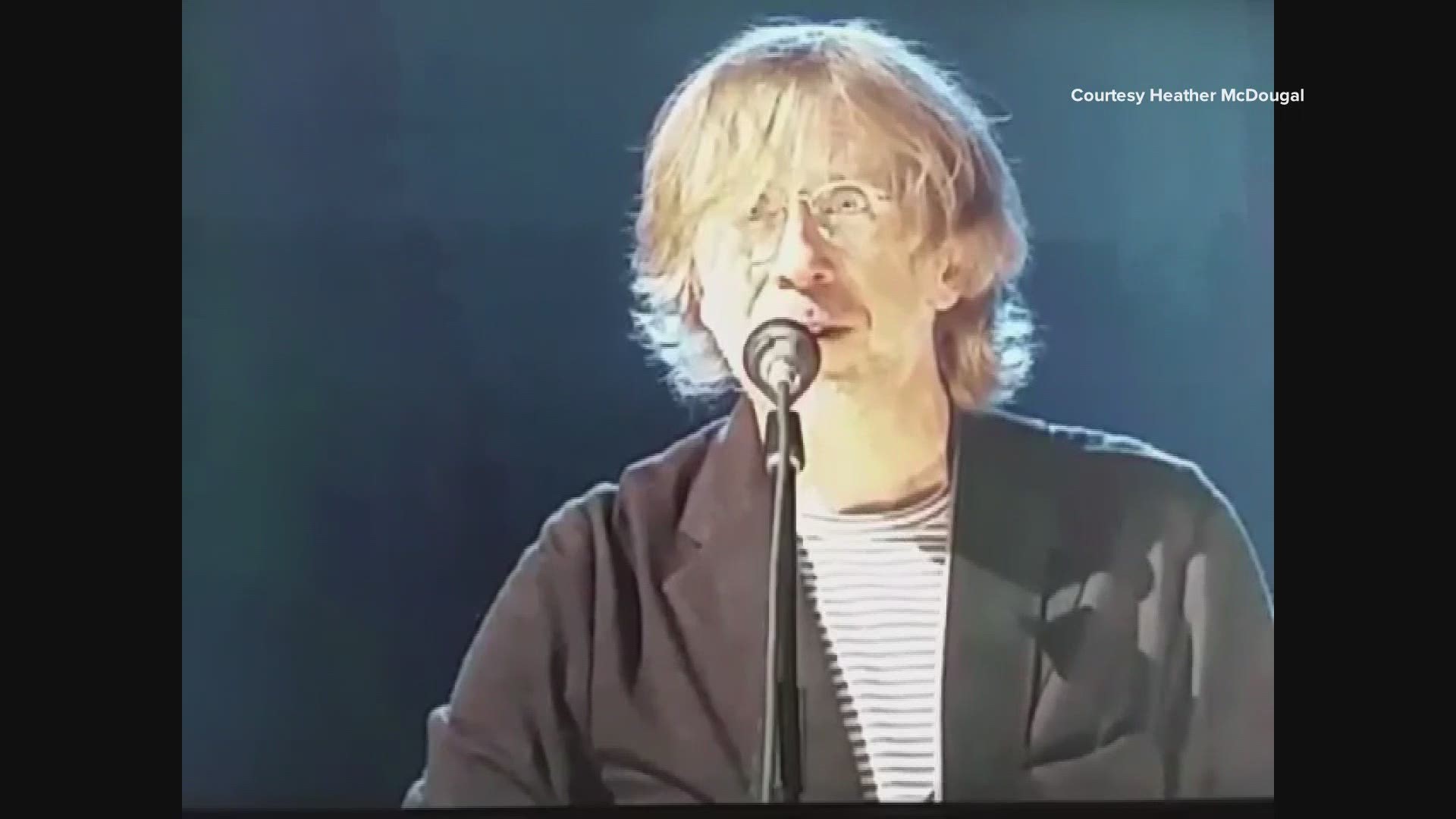 Heather McDougal went from spending a night in pajamas in her living room to the most popular nurse in the Phish community after Trey Anastasio read a comment she posted and then sang a song about her.

Trey Anastasio, frontman for the band Phish, has been playing live streaming concerts with various musicians every Friday from the Beacon Theater in New York City. Fans can tune in, hang out, and comment via chat.

This past Friday, Trey was reading some of the comments, as has become normal seven weeks into the Beacon Jams residency, when a particular comment really stood out.

He read, “Heather McDougal, a nurse in Maine” and then paused so he and the rest of the band could applaud her. He continued to read her post out loud, “thank you, this has gotten me through these weeks, you people keep killing it and I’ll keep saving it.” Not only did the band react, even saying, “deal!”, but on the fly, Trey and the band wrote and sang a song all about Heather McDougal, a surgical nurse at Maine Medical Center. It's called "Heather McDougal Song."

In an instant, Heather became a part of the Phish mythology and a legend within the Phish community. The song (and its reprise) is listed in the show setlist and later, Trey even shared a YouTube video of Heather talking about a trip she took to Honduras for humanitarian work.

Heather, meanwhile, was watching at home with her 13-year old daughter and couldn’t believe it was happening.

Heather has been a surgical nurse for 15 years. She says it’s work that she’s meant to do, but admits the pandemic has been tough for those in the medical field, so to unwind after a long intense week at the hospital, she’s been taking in the live stream of the Beacon Jams and watching other fans post comments.

“I just decided to fire one off not knowing or thinking that it would ever matter. And he read it… and that was it.”

Well, that wasn’t it. Trey and his band called her out and thanked her and all in the healthcare industry for their service. Then, on the fly, made up the “Heather McDougal Song.”

“I literally fell off the couch and my 13-year-old was there and she was crying. She was so happy for me, and she knows how much it means to me that she started crying. It’s a moment that you’ll never forget where you were.“

"Live music is everything to me," McDougal continued. "But it’s a link for people to come together at the same time and it’s kind of meditative. It takes you out of the world you’re in and brings you right to the moment. The world we’re in right now is kind of crazy and stressful, so fans of live music are really missing live music.”

And the sense of community. There’s nothing quite like the Phish community, and maybe that’s why Phish fans have kept Heather McDougal trending on social media and are looking forward to the next time they’ll hear her song…live.

The last session of The Beacon Jams will stream at 7 p.m. on Friday on Twitch.

The shows are free, but donations are encouraged. All proceeds benefit the WaterWheel Foundation and the Divided Sky Fund to help people affected by addiction and support the effort to open a treatment center in Vermont.