Gorham pool prank up to 15 million views on TikTok

Isabelle Burke, 20, made the TikTok. Her dad laughed at it. The comment section had something to say about it. 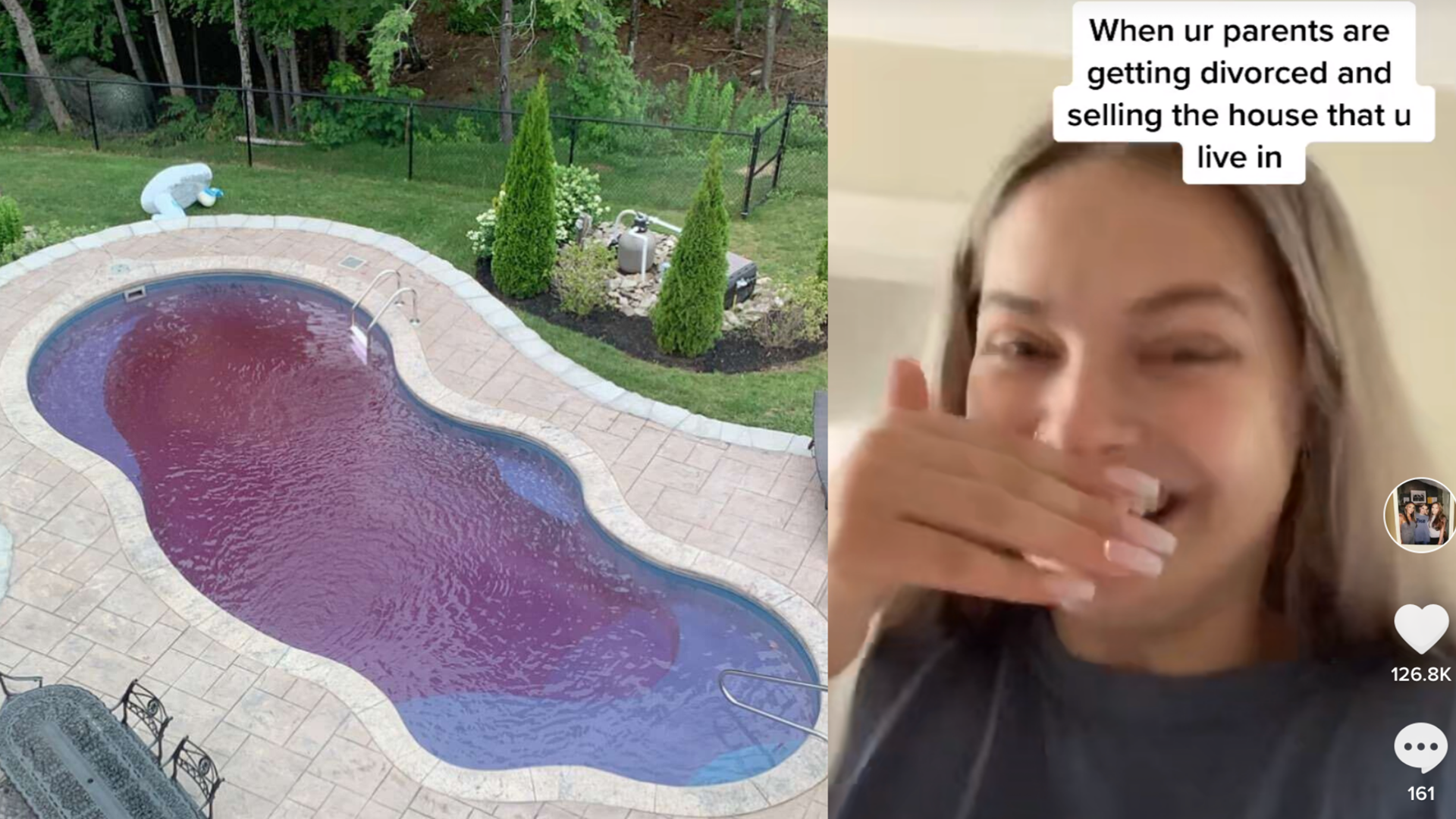 GORHAM, Maine — When Isabelle Burke's dad and step-mom decided to get a divorce and sell their house, the 20-year-old decided to make house showings a bit...colorful.

Feeling bummed about moving and inspired by the "toilet is smoking” videos she'd seen online, Burke, born and raised in Gorham, started pulling pranks around the house for potential buyers, and the whole world, to see.

Burke's three-part "sabotage" videos now have a combined total of over 3 million views on TikTok. She said her dad knew she would be doing pranks around the house, he just didn't what they would be. He only had one rule: nothing offensive.

Then, she took a Sharpie to the For Sale sign in her front yard, coloring in the real estate agent's tooth. Views: 679,200

Finally, her most recognized scheme with more than 15 million views on TikTok: Burke bought red pool dye off Amazon and used it right before the third day of showings. Views: 15.8 million

"I had only 20 minutes to pull it off," Burke told NEWS CENTER Maine. "I needed to recruit the help of my grandparents, who were very wary about me putting blood-red coloring into our pool."

To Burke's surprise, her dad was watching out the window, taking it all in. He even made his own reaction video.

"Little do they know I think it's really effing awesome," he said in the TikTok that now has 1.4 million views.

The family that toured the house that day wasn't bothered either. Burke said they put an offer in two days later.

"Even with a few harmless pranks, we were able to find someone very quickly who loved the house as much as we do."

While it may sound like the story ends there, it doesn't. As the TikTok views skyrocketed, so did the comments which was difficult to process.

"Many people made comments saying that I was the reason for my parents' divorce and many recommendations to seek therapy."

Burke said she has been going to therapy since she was 13, and while the negative comments on the video don't take an emotional toll on her, the newfound attention on her life does. Burke decided to stick to what she knows and address the haters in a TikTok.

"I just so happened to have an appointment lined up for the day after my video was posted...(My therapist's) response was that the commenters are the ones with the issue, I just have to work on dealing with that kind of negative attention."

"My parents love me, and I won’t let anyone change my mind about that," she said.

She also noted that the pool returned to clear the same night it was put in and despite the backlash, no bodies of water were harmed in the making of these TikToks.