Johnson Hall has been a historic entertainment hub for decades and will now see new life now that its restoration team has reached 85% of its fundraising goal. 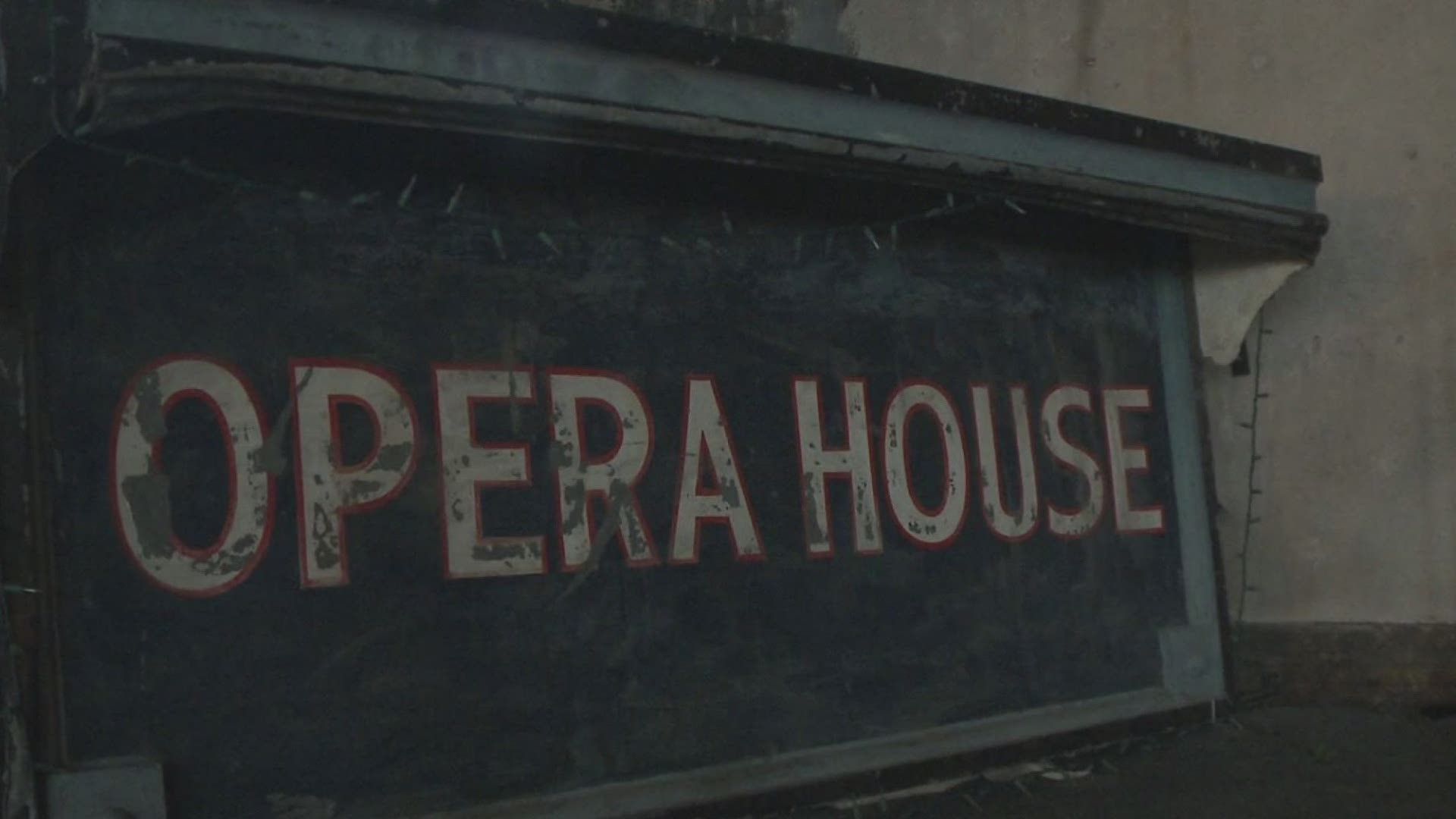 GARDINER, Maine — It's an old building on a street filled with even more of them, but Johnson Hall stands out.

The former opera house has soul. It had a lot of it on a recent rainy night when leaders of its restoration effort announced they had reached 85% of the $5.5 million fundraising goal, enough so that reconstruction can start in the spring.

“It's bringing history full circle. It really means a lot, and I know the community is incredibly excited,” said Pat Colwell, a Gardiner native whose band, Soul Sensations, played for the announcement.

The hall dates back to the Civil War era and has been home to a burlesque house, vaudeville performers, the opera house, a roller skating venue, and movie theater. The movies closed in the 1950s, and the Hall fell on hard times. But in the 1990s, Maine vaudevillians Benny and Denise Reehl took over the hall and began holding shows there and trying to keep the space going.

Eight years ago, Michael Miclon, who had been mentored by the Reehls as a young performer, stepped in and took over.

“We went from about 12 shows a year to about 50, really elevated our profile in the artistic community,” Miclon said.

Those performances have been happening in a small space on the ground floor of the old building. But their dream has been to restore and revive the once-elegant old theater on the top two floors. Six years ago, Johnson Hall began a fundraising drive to make that happen. It’s been an ambitious goal of $5.5 million, but a week ago they were able to make a long-awaited announcement: The fund drive had reached 85% of the goal to date, and they can now plan to start construction in April.

“It will be just a gorgeous space, air-conditioned, very comfortable,” Miclon said.

The plan is to completely overhaul the top three floors, with a lobby and other public space on the second floor and a big, new theater above. Miclon said it will have 400 seats, including a new balcony, as well as a larger stage, but will keep as many of the historical features as possible.

Renovations will take about 15 months, during which time they hope to have all the fundraising completed so Johnson Hall can operate debt-free. The project moved another step closer to that goal with the help of the Prescott family of Gardiner, which announced a $250,000 challenge grant. If the fundraisers can collect that same amount from donors, the family donation will match it. Miclon said the total remaining to be raised as of this week is $850,000.

“But it’s a very generous community and they’ve supported everything from Boys and Girls Clubs to the library, to Johnson Hall. People step up when they know the project is worthy,” he said.

The revival of Johnson Hall should also pay benefits to the community beyond the arts, said Pat Colwell. He said the added activity from the Hall should encourage more business activity in the downtown, and encourage others in the neighborhoods to upgrade their own buildings.

“I definitely think it will turn it around. Gardiner is in the middle of another renaissance.”

As a veteran Maine performer, Colwell said rebuilding Johnson Hall should also attract more and bigger acts to the community. As someone who went to the local high school and grew up playing music in Gardiner, he smiled at the thought.