In this episode Dustin and Kirk take a trip out into Iceland’s wilderness. They visit some of the most popular outdoor parks and sites in the country, many along the popular Golden Circle route. They then return to downeast Maine for a special reunion of sorts.

Can I visit all the scenic locations Dustin and Kirk went to in this show?

Yes! All of the places Dustin and Kirk filmed at are listed below. Almost all the locations they went to are the most popular in Iceland and are no more than two hours from Reykjavik.

You may notice Dustin and Kirk filmed parts of the show in Iceland using a drone. They made sure to check local rules first. You aren’t allowed to fly drones without prior permission at certain sites.

Why is this episode called Full Blue Wild Golden Circle?

There’s a lot of meaning built into this title. The Golden Circle is a tourist travel route through popular outdoor sites in Iceland. This includes national parks, parks, natural sites, resorts, waterfalls, and much more. The specific places Dustin and Kirk went to are outlined in the “Places” section in this article. The “blue” part of the title is an allusion to the color of the ocean, which makes an appearance throughout the show. When combined with the word “wild” it becomes an allusion to wild Maine blueberries and Stonewall Kitchen’s wild Maine blueberry jam. Finally, the “full” part of the circle, alludes to a reunion of two characters from Ship ME Out. Dustin and Kirk go back to Helen’s in Machias to bring wild blueberry farmer Wayne Hanscom and Stonewall Kitchen customer, Petur Guðmundsson together via an internet video chat.

Where will Episode 5 take me? 📍 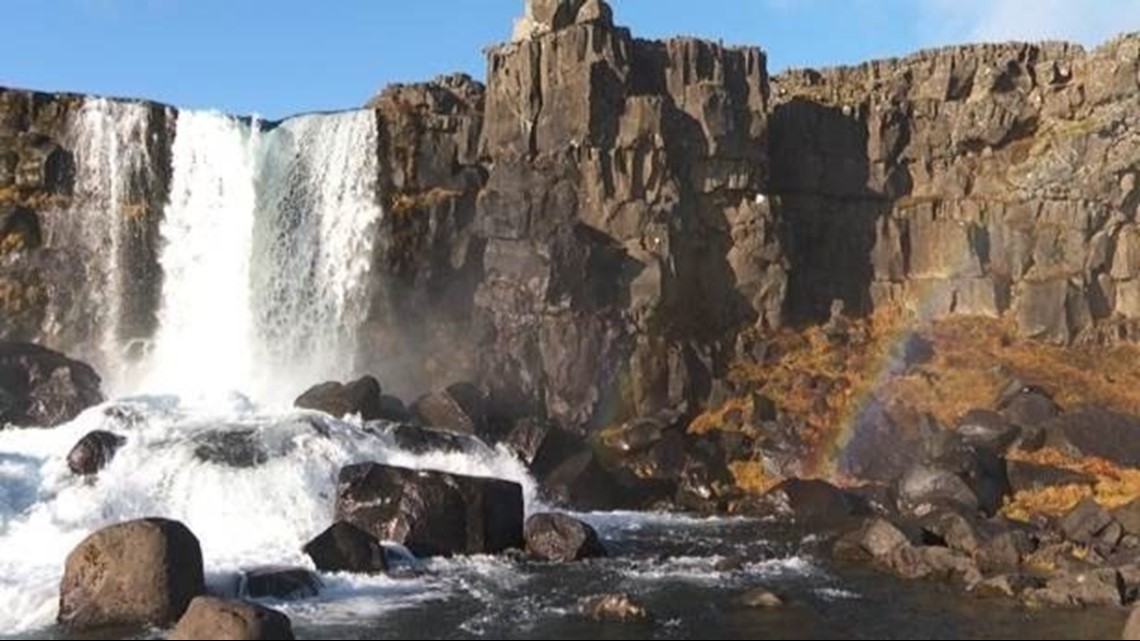 Mosfellsbakari is a bakery in a suburb of Reykjavik that sells wild Maine blueberry jam. "I admire people doing this great work. Invite me to pick some blueberries!"