Just how hard is it to get a piece of Maine to Iceland? 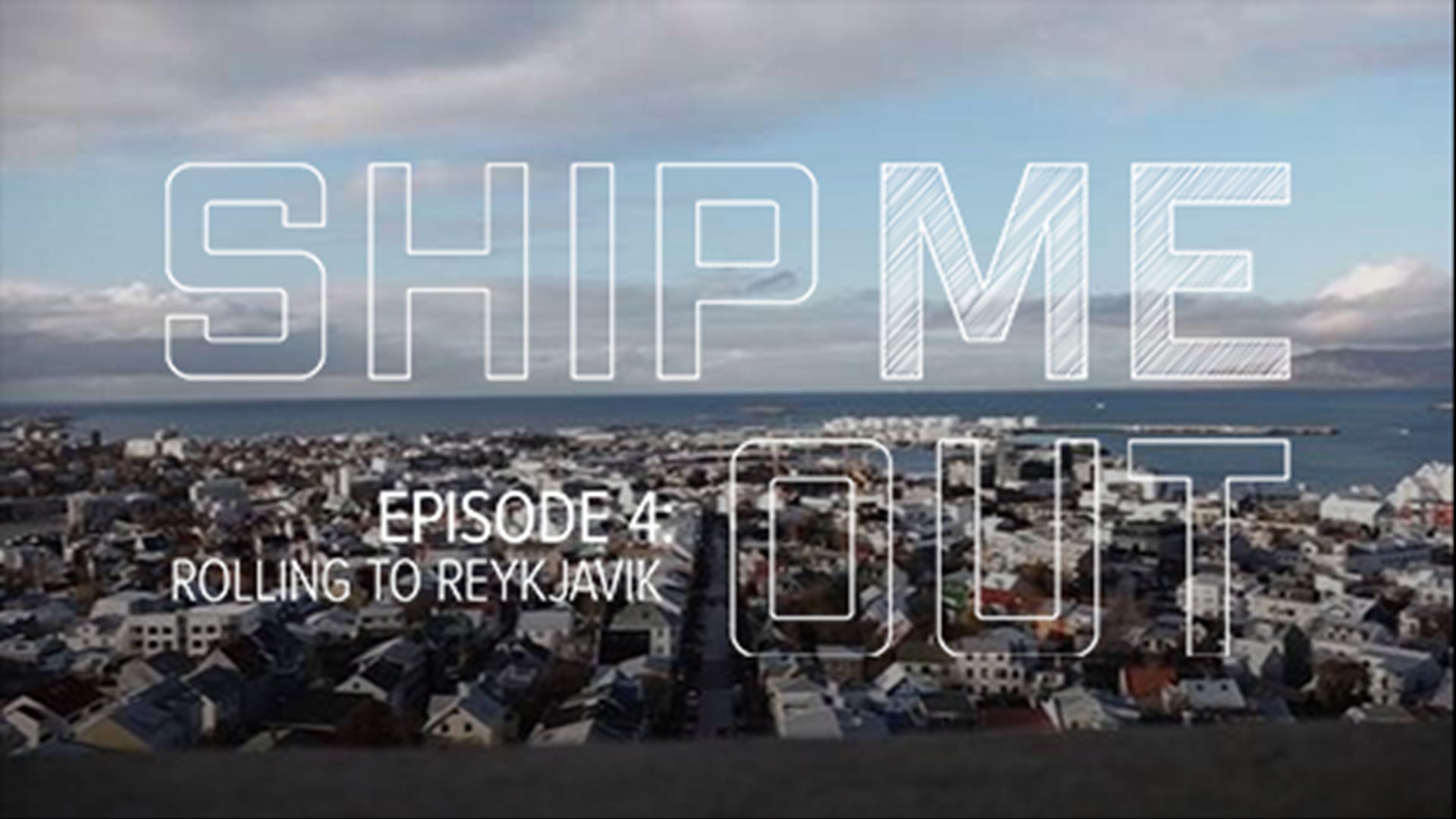 In this episode of Ship ME Out, Dustin and Kirk arrive in Iceland’s capital Reykjavik, after sailing through some 20-foot waves. The show starts in the middle of the open sea in rough weather. After that, it shows Dustin and Kirk arriving in Reykjavik pre-dawn. At that point, the pair get off the ship and figure out what happens to wild Maine blueberry jam after arrival, which leads us to the next question.

Where does Stonewall Kitchen’s wild Maine blueberry jam (and its other products) go when it arrives in Iceland?

First, the jam goes to the warehouse of the food distributor Stonewall Kitchen partners with to get its products out across Iceland. That company is called HB Heildverslun. Its warehouse is located very close to the docks, only about five minutes or so away. Sometimes entire containers of products are brought there but most of the time, containers are emptied at the port. From that warehouse, employees of the distributor deliver Stonewall Kitchen products to different retailers in Iceland. They can be as close as a grocery store ten minutes from the seaport to restaurants in Akureyri, a city in the northern part of Iceland, which is about a five hour drive from Reykjavik.

What do people in Iceland do with the jam?

Is the jam popular in Iceland?

Yes! We don’t have exact figures but Stonewall Kitchen and HB Heildverslun say the product is selling very well in Iceland. They also told us Iceland has become one of Stonewall Kitchen’s top international accounts.

What else do Icelanders eat?

All sorts of things. Reykjavik has all kinds of restaurants, just like most American cities. However, staples of the Icelandic diet are fish and lamb since fish and sheep are plentiful in the island nation. Traditional Viking Icelandic cuisine that is not necessarily popular includes fermented shark, whale meat, dishes made out of sheep heads and puffin.

Where will Episode 4 take me? 📍

Middle of the North Atlantic Ocean: Water, as far as the eye can see

Reykjavik Port: Where wild Maine blueberry jam is unloaded from boats coming in from Maine.

Melabudin: An upscale grocery store in one of Reykjavik’s historic neighborhoods. It’s one of the stores that sells wild Maine blueberry jam.

PHOTOS: Ship ME Out | E4 - Rolling to Reykjavik

1 / 5
NEWS CENTER Maine
Middle of the North Atlantic Ocean: Water, as far as the eye can see

"[Stonewall has] a big big product range so it started small but it started to sell really really well and we always try new stuff. I don’t think we have all items and not all of them are selling the same but they’re all selling. Some items we sell in bulk and others we sell individually … How is the wild Maine blueberry jam selling? 'Really good.'"

"Icelanders love it. They do. This store is quality. People come here to buy organic, quality food. They want to have something special and quality, it’s the middle name of the store."

"We’re here in a zone where you have people from all over Northern Europe, from the United States collaborating to make a better place." 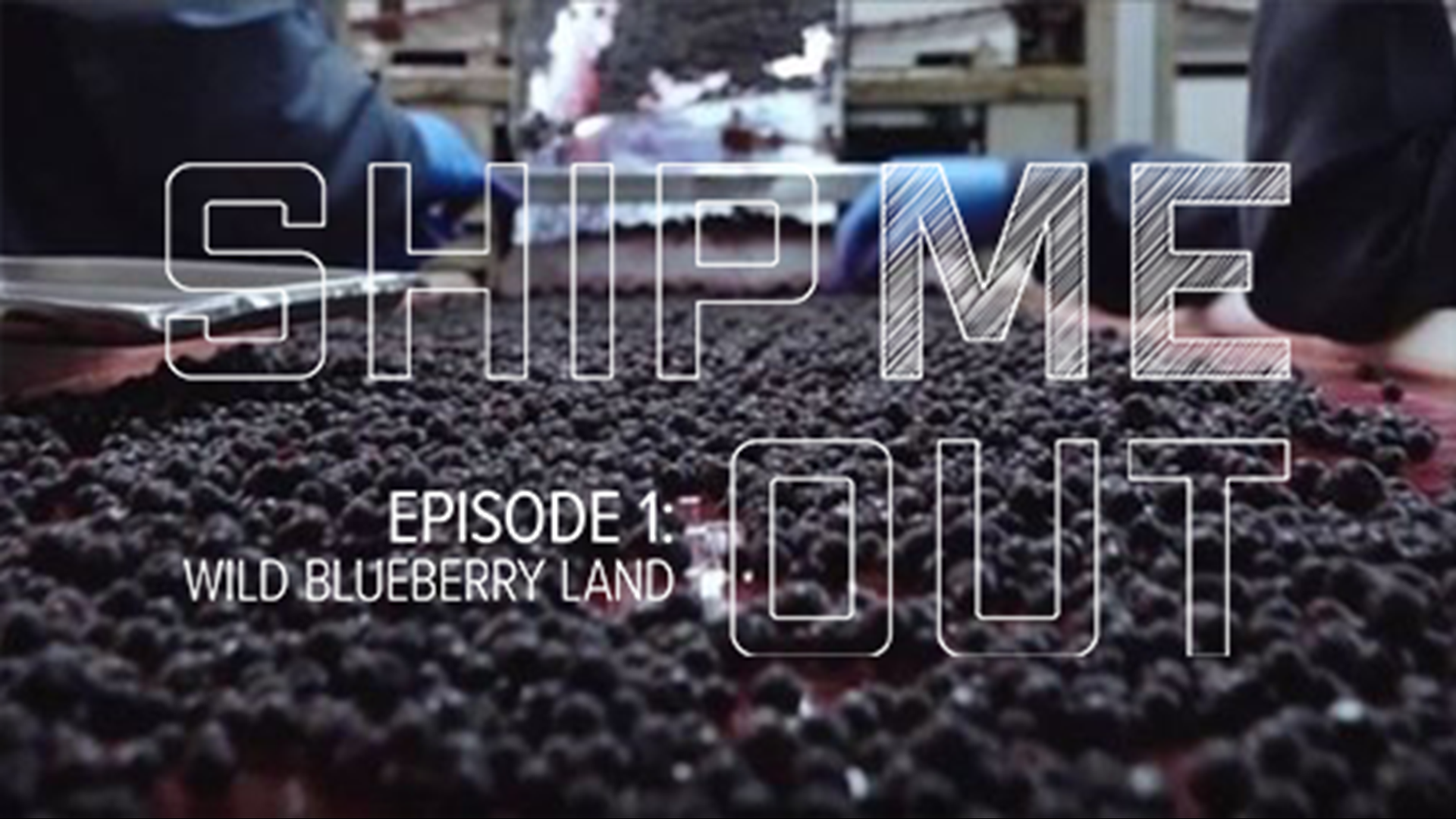