A first-hand look at life on a container ship. 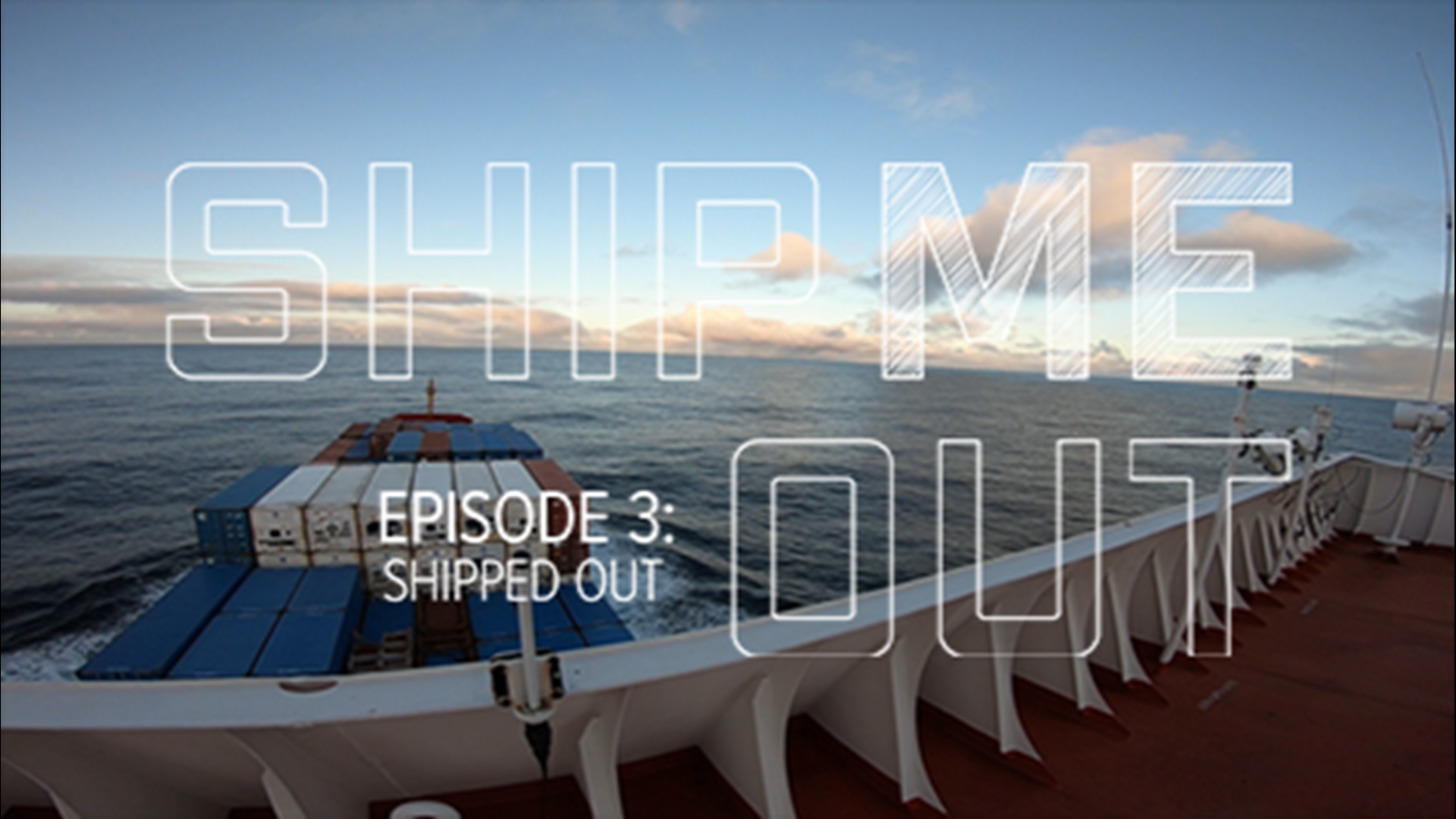 In Ship ME Out Episode 3, Dustin and Kirk will show you what daily life is like on a cargo ship. The show focuses on their experience on the EF AVA on its first leg of the voyage to Reykjavik. Over the course of three days, the ship travels from Portland to Argentia, Newfoundland in Canada, another Eimskip port. While the ship was docked there, Dustin and Kirk took a quick taxi ride around a village.

As of the writing of this article, one of three ships calls at Portland’s International Marine Terminal each week. On trips originating from Portland, the EF AVA, the Eimskip-chartered vessel Dustin, Kirk and some wild blueberry jam were on, only makes one stop before it reaches Iceland. The stop is a tiny village in southern Newfoundland called Argentia. The other two vessels that go on this Eimskip route, known as the “Green Line”, make a stop in Argentia as well as St. Anthony’s, which is in northern Newfoundland. The Eimskip boats stop there because they have onboard cranes that are necessary to facilitate loading in that port. The EF AVA does not. All boats then continue from Newfoundland to Reykjavik, Iceland. After being loaded and unloaded, the return to the Newfoundland ports, make an additional stop in Halifax, Nova Scotia and finally sail back to Portland.

How long does it take to sail from Portland to Reykjavik?

Approximately eight to nine days. The trip duration is affected by weather conditions along the route. The distance between the ports is roughly 2,300 miles. The EF AVA’s max eco-cruising speed is 17 knots, which is about 19.6 mph. In bad weather, ship speeds can drop to much lower speeds, for example, six knots, which is about 6.9 mph. Other factors that affect trip duration include the length of time it takes to load and unload a cargo ship. In Portland, this process usually takes 24-36 hours.

Where did Dustin and Kirk sleep on the ship?

Dustin and Kirk were generously given the largest cabin on the EF AVA. The cabin was fully furnished with two twin beds, a refrigerator, a microwave, an electric tea kettle, couches, a coffee table, a small flat screen television, plenty of storage space and it even had its own bathroom with a shower.

What did they eat on board?

Dustin and Kirk ate with the crew. All meals were prepared by the cook and there were three scheduled meal times each day. Breakfast was a traditional English breakfast with ham, bacon or sausage, eggs prepared in the style of their choosing and sliced tomato. A variety of items were offered for lunch. Entrees included different fish, beef, chicken and lamb dishes with rotating vegetables and starches, like baked potatoes for sides. Dinner was essentially a smaller version of lunch. There was even ice cream on Sundays!

Can I take a trip on a container vessel?

Yes! It’s not as common a way to travel in North America but in Europe for instance, container vessels will often take passengers between different ports. According to various travel blogs dedicated to the subject, this will usually cost about $65 to $125 per night. Eimskip does not offer passenger cabins between Maine and Iceland. However, it does have a long-standing program for artists to make the trip free of charge in exchange for some art. This program was adapted for Dustin and Kirk so they could make the trip.

Where will Episode 3 take me? 📍