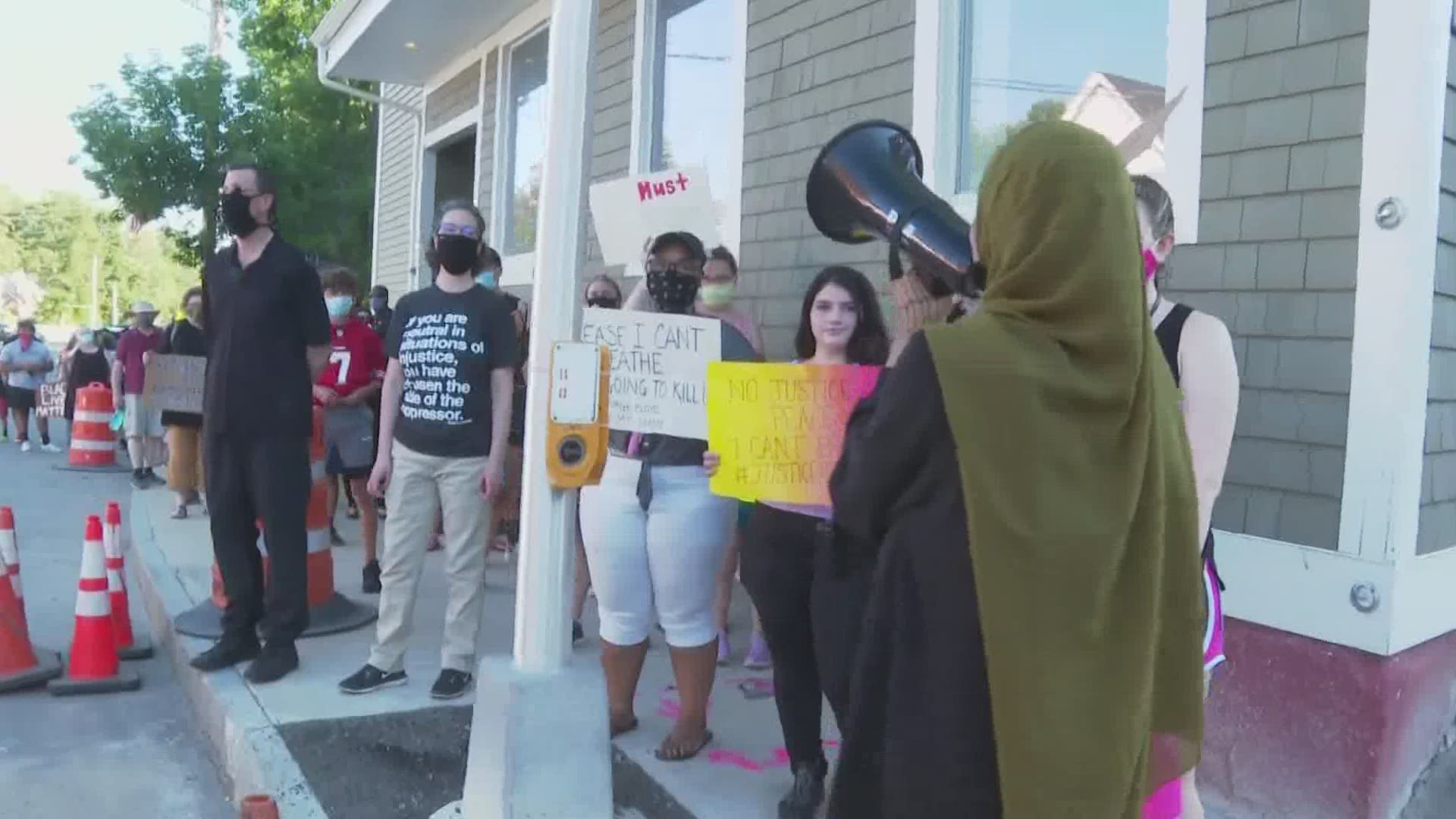 GORHAM, Maine — Black Lives Matter protestors are planning a peaceful gathering Thursday evening in Gorham. According to an event posting on Facebook, the gathering will start at 5:45 p.m. at Shaw Gym at the town Municipal Center.

Thursday’s protest is organized by students and is the third peaceful demonstration to happen in Gorham in recent weeks.

According to a CodeRED alert, Routes 114 and 25 will be closed from 5:30 to 8:30 p.m. due to the protest and alternative routes should be taken.

Gorham Police Chief Christopher Sanborn previously told NEWS CENTER Maine’s partners at the Portland Press Herald that the protestors have been collaborating with police. Sanborn presented organizers with “challenge coins” from the department to honor them “for being so civically minded in supporting the BLM movement locally and on a national level,” Sanborn said. The Press Herald reports that the coins are presented to community members who “go above and beyond and do extraordinary things, either for the community, its citizens or the police department,” he said.

“They’ve been great to work with for sure,” Sanborn said. “I wanted to recognize them for working so closely with the police department to ensure that their protest was safe and peaceful.”

On Friday, which is known as Juneteenth, a large demonstration is planned for Portland from 3-9 p.m. The march will start at City Hall and go towards Deering Oaks. According to organizers, speeches, performances, and more will be featured at the Friday rally.

RELATED: 'Defund the Police': What it means and where it comes from

RELATED: As protests wind down, what's next for those wanting change?