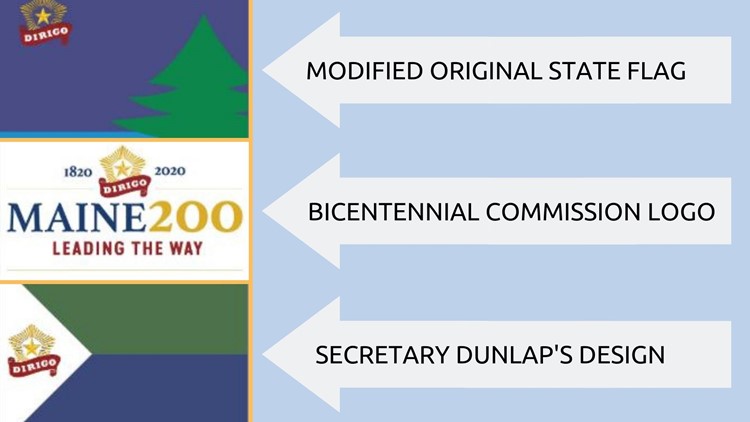 Photo by: NEWS CENTER Maine
The Maine Secretary of State's Office is asking Mainers to vote for their favorite of three designs for the state bicentennial flag.

AUGUSTA, Maine — In more ways than one, 2020 is shaping up to be a banner year for Maine.

Throughout the entire year, Maine will celebrate the 200th anniversary of its statehood on March 15, 1820.

As an outward display of state pride, the Maine Legislature tasked the Secretary of State with creating a flag for the occasion, resulting in three designs.

All three designs share certain symbols such as the state motto "Dirigo" and the North Star. The basic descriptions of each design, listed in no particular order, are as follows.

All three designs are displayed on the Department of the Secretary of State's website where visitors can vote for their favorite. The deadline to cast a vote is Friday, May 17, 2019, at 5 p.m.

Although the vote is not binding, Secretary Dunlap says the winner will heavily influence which design he decides to present to the Legislature.