Maine Lobster Festival canceled for second year due to COVID

Festival organizers say while vaccinations are encouraging and despite the festival being four months away, canceling is the right choice 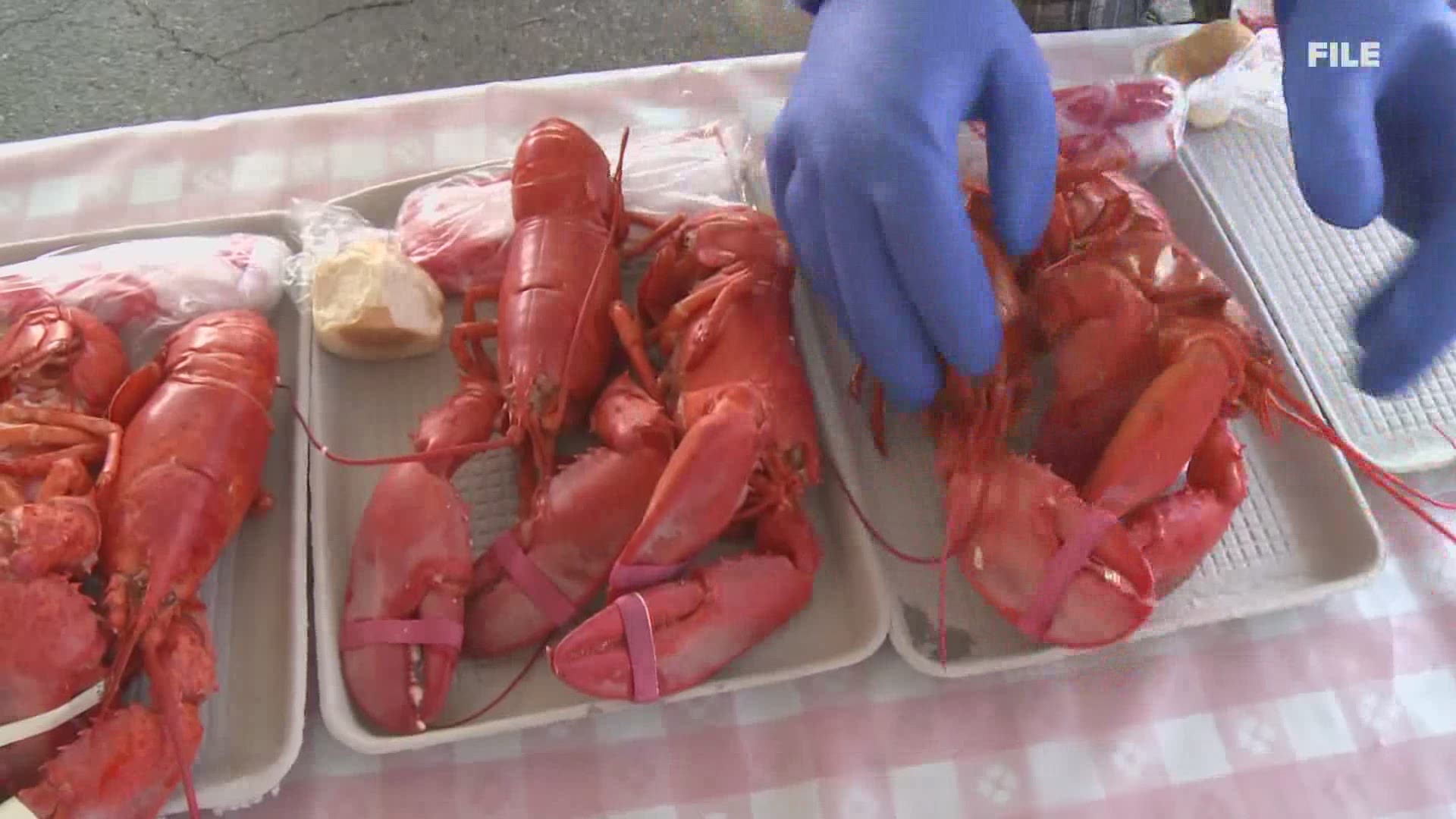 That’s the word used by the President of the Maine Lobster Festival to describe the decision made Tuesday night to cancel this year’s festival.

After months of discussion and worry, Celia Knight said the Board of Directors made the hard decision to cancel for the second consecutive year because of the continuing COVID pandemic.

“I have had sleepless nights trying to figure how to make it safe for everyone. We looked at every option you could possibly think of and we could not figure a way we were comfortable doing it,” Knight said.

During its more than 70-year history, the Lobster Festival has become one of Maine’s most popular summer events, and also a beloved local tradition in the Rockland area. But Knight said their primary concern is keeping everyone safe, especially the 1,000 volunteers who do the work.

She said that included balancing the CDC guidelines for events held under tents, which applies to much of what happens at the festival, and particularly the giant food tent. She described that as being “basically an inside restaurant, staffed by volunteers.”

Facing uncertainty about how the pandemic will be in four months, and a deadline to sign contracts for costly tent rentals and other aspects of the festival, Knight said she and other Board members decided the best choice was to cancel.

“And frankly, it came down to I personally and the board of directors didn’t feel safe having all our volunteers subjected to-- we’re still in a pandemic so we don’t want our volunteers and community to be at risk and that’s what it really comes down to is the 1,000 volunteers it takes to run the festival and their safety.”

One of the favorite local traditions of the festival is the annual Sea Goddess pageant. Knight said the current Sea Goddess and Princess, who were chosen last year, will serve for another year and hope for opportunities to fulfill their roles as ambassadors for the lobster industry.

Scholarships will still be given, and she said the festival will continue to make some charitable donations from savings.

Tom Peaco, President of the Penobscot Bay Chamber of Commerce, said canceling the Lobster Festival is a big disappointment to many, but expressed confidence tourists will still come to the Rockland area this summer, and help those tourists businesses rebound from the poor season in 2020.

“I don’t know if we will see the numbers we’d see if we had a festival,” Peaco said Wednesday, “but the phone is ringing already for people in the tourist industry here, particularly in lodging, and there is a sense of optimism we will see a better summer than last year.”

Celia Knight said there has been a lot of public comment so far, some supportive and some not. She reiterated it is a sad decision the Board made, but the right one.

“If the state and city, even if they said we could do it, my feeling and the board of directors feeling is it wasn’t a safe time for our volunteers. That’s what is most important to us is the health of our volunteers and community.”