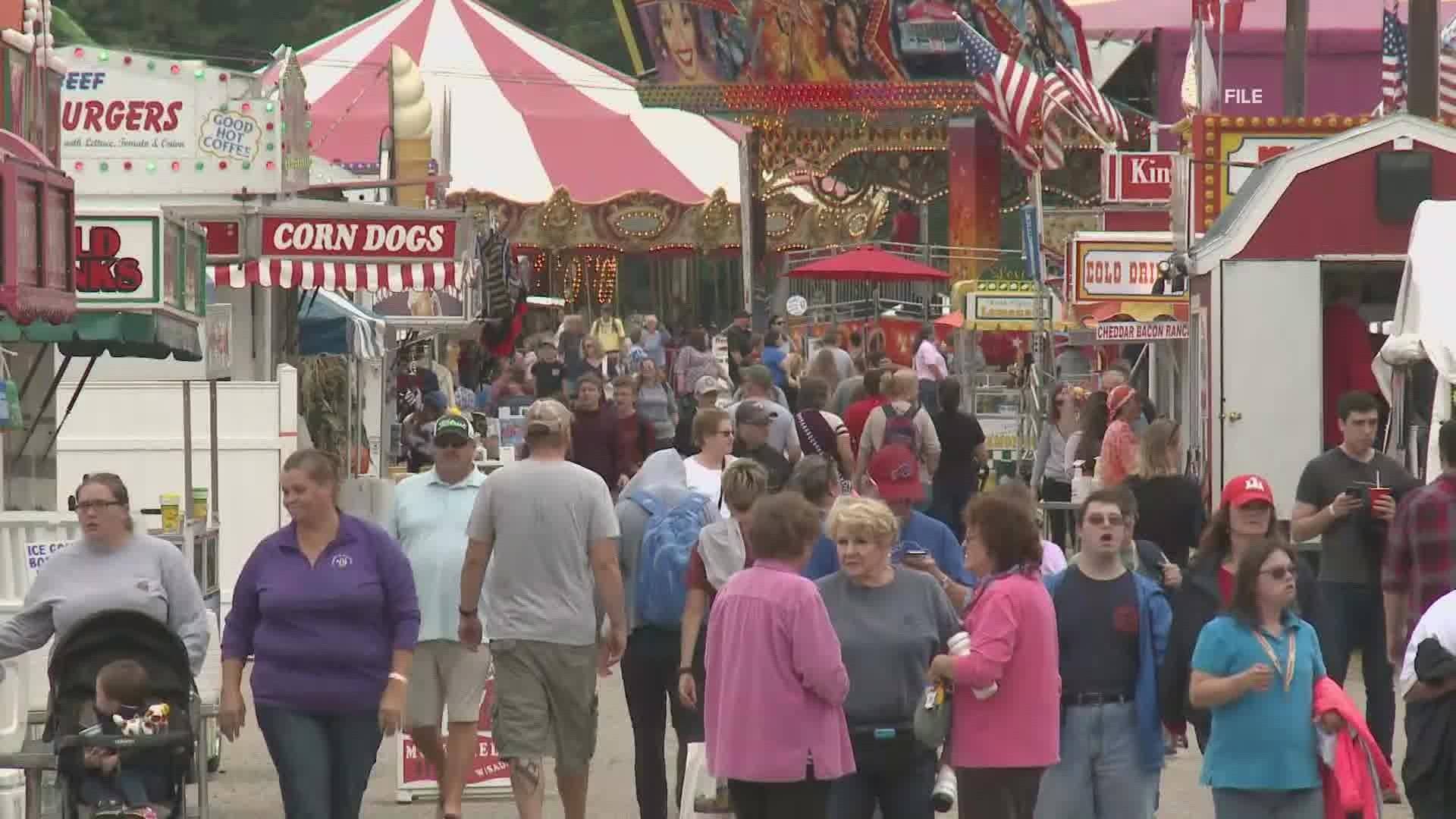 WINDSOR, Maine — The buzz of a weedwhacker is an almost constant sound at the Windsor Fairgrounds. The 200-acre property requires about three days of mowing each week. Fair president Tom Foster said one of their summer staffers spends almost full time with the trimmer.

Keeping all the grass neatly trimmed is part of it, he said, so are multiple flower gardens, well-painted buildings, and clean grounds.

“We've taken a lot of pride in our fairgrounds over the years,” Foster said.

But they’re doing some extra work this summer after the COVID pandemic shut the fairs down for all of 2020.

“We did what we had to do and cut the crew down to almost nothing. Didn’t have the funds to do what we normally do,” Foster said.

2020 was a struggle for most of Maine’s 26 agricultural fair organizations because nearly all have extensive fairgrounds to maintain. That costs money, and the fairs had little or no income last year. Windsor had to use some of its “rainy day” reserves to keep the minimal crew mowing grass and doing essential repairs. They also had normal costs, such as insurance and electricity—which at Windsor costs about $3,000 per month, according to Foster.

“We were concerned about this year,” he said.

“We were able to get through last summer but worried about this summer not being able to have enough to keep us going.”

Fortunately, that worry is now mostly gone. Fairs are open again this year, meaning crowds will be back and money will again be coming in.

Barry Norris, executive director of the Maine Association of Agricultural Fairs, said those crowds will be more than welcome.

“Had we not been able to have a fair this year, we would have lost one or two of our fairs because they wouldn’t have been able to generate income,” Norris said.

Faced with tight budgets, he said some of those fairs have reduced the number of days they will operate this year, while a few others have decided not to have a carnival, focusing instead on the traditional agricultural and community aspects.

The Windsor Fair got a boost in the spring when it finally qualified for a federal PPP loan. Foster said that money has allowed them to bring more staff back to get the facilities ready for the fair itself, as well as some weddings and other events.

The fairs should also benefit from the reopening of Maine's gambling casinos, which, by law, have to provide a sluice of their revenues to the agricultural fairs. Norris said that amounted to $1.6 million in 2019, but dropped to zero last year because the casinos were closed during pandemic restrictions.

All of that should bring fair revenues back to near normal, he said, with the best news being large crowds coming through the gates

For Windsor, which Foster said normally has the second biggest fair crowd in Maine, it will be a welcome change.

“It does and it doesn’t,” she laughed, then shook her head knowingly. “The amount of work to get ready.”