This year's event had been scheduled July 22-26 at San Diego Convention Center. 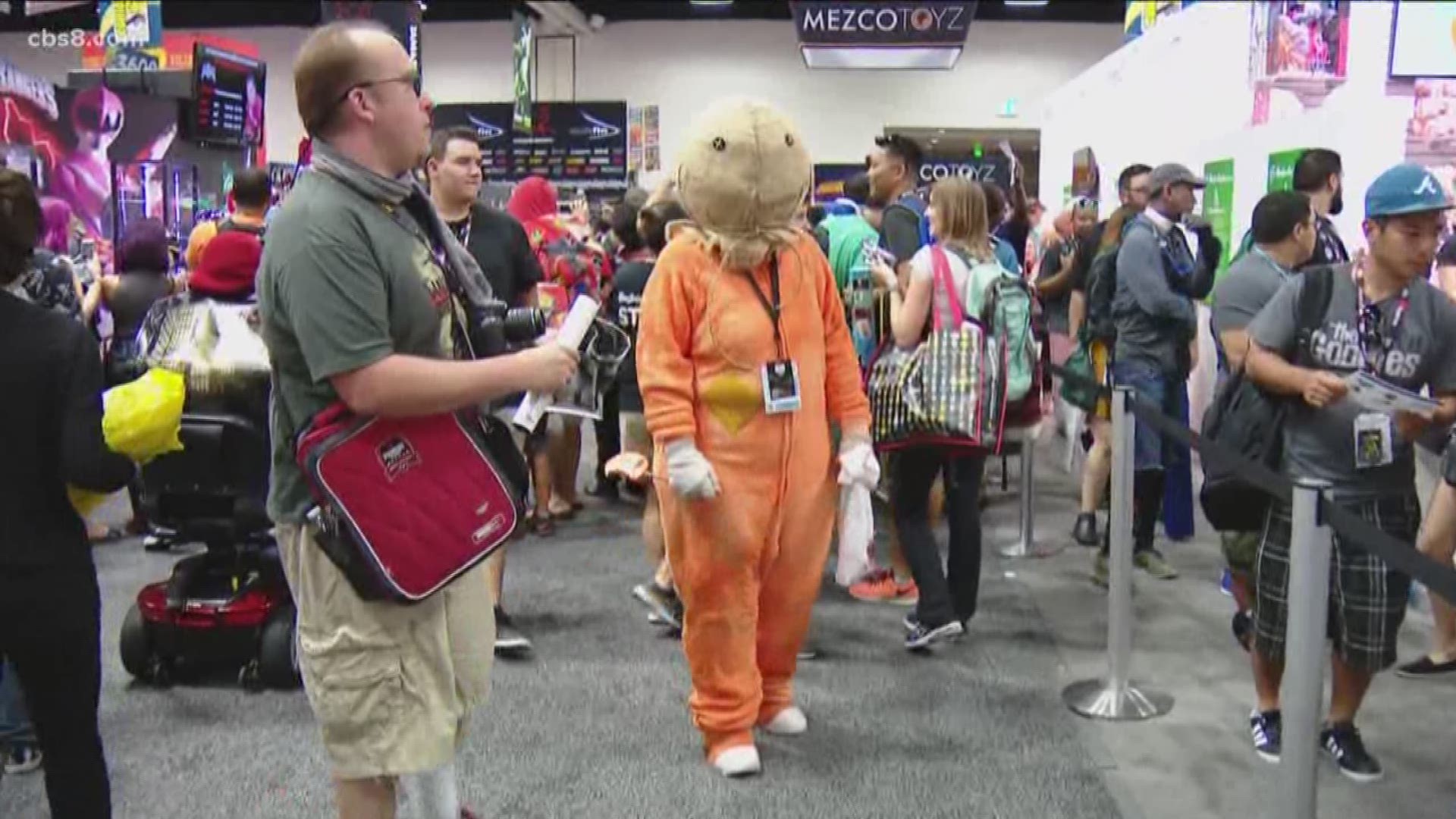 SAN DIEGO COUNTY, Calif. — Organizers of San Diego Comic-Con International have announced this year's five-day convention has been canceled due to the coronavirus pandemic.

The event will instead return to the San Diego Convention Center from July 22-25, 2021.

"Recognizing that countless attendees save and plan for its conventions each year, and how many exhibitors and stakeholders rely upon its events for a major portion of their livelihood, they had hoped to delay this decision in anticipation that COVID-19 concerns might lessen by summer," event organizers said in a statement. "Continuous monitoring of health advisories and recent statements by the governor of California have made it clear that it would not be safe to move forward with plans for this year."

In addition to Comic-Con canceling its 2020 plans, WonderCon Anaheim, which had earlier canceled its April 2020 event, will plan to return to the Anaheim Convention Center in March 2021.

Exhibitors for Comic-Con 2020 will also have the option to request a refund or transfer their payments to Comic-Con 2021 and will also receive an email within the next week with instructions on how to process their request.

In the next few days, onPeak -- Comic-Con's official hotel affiliate -- will be canceling all hotel reservations and refunding all deposits made through them. The process will be handled automatically. Those who booked rooms through onPeak will be notified when refunds have been completed.

"Extraordinary times require extraordinary measures and while we are saddened to take this action, we know it is the right decision," said David Glanzer, spokesperson for the organization. "We eagerly look forward to the time when we can all meet again and share in the community we all love and enjoy."

This year's event had been scheduled from July 23-26 at San Diego Convention Center, with a preview night scheduled on July 22.

The annual event brings in more than $147 million in economic activity to San Diego County. An estimated 130,000 people attended the festival this year.

Last year's Comic-Con events outside the convention center were held at Petco Park, the Theatre Box, the Hilton San Diego Bayfront, the Manchester Grand Hyatt and the Balboa Theatre.

Earlier this month, the San Diego County Fair was also canceled. San Diego's Pride celebrations were canceled days later in an effort to slow and stop the spread of the coronavirus.

The county fair, Comic-Con International, and Pride are three of the largest events in the month of July in San Diego County. Combined, the events bring out nearly half a million people.

Just north of San Diego, Los Angeles Mayor Eric Garcetti said in an interview he did not foresee large gatherings, such as sporting events and concerts, happening in the city until 2021, as the region continues to reel from the COVID-19 pandemic.