Headed to Comic-Con 2019: Here's what you need to know

In order to maximize safety and security, access to Harbor Drive in front of the San Diego Convention Center will be temporarily restricted. 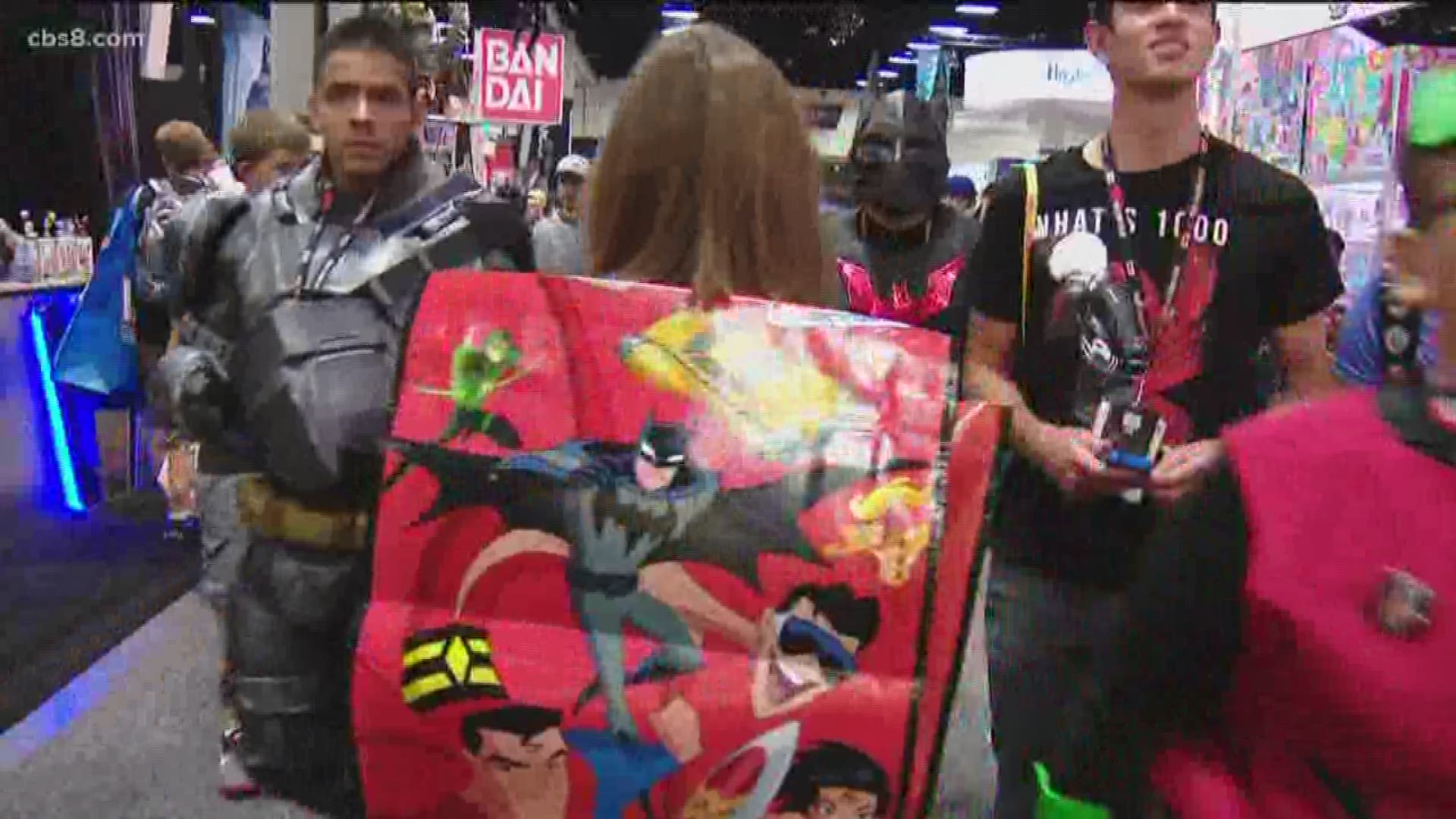 SAN DIEGO — It's Comic-Con week in San Diego, which is typically one of the busiest weeks for America's Finest City, so public transit is probably your best bet for getting around downtown.

More than 100,000 people visit San Diego every year for Comic-Con International. The four-day convention has grown to be the largest of its kind, with a 460,000 square foot exhibit hall and more than 700 events, including workshops, panels, film screenings and competitions.

In order to maximize safety and security, access to Harbor Drive in front of the San Diego Convention Center will be temporarily restricted during the 2019 Comic-Con International Convention.

RELATED: Comic-Con 2019: Advice about getting into Hall H

Harbor Drive will be closed to vehicle traffic, including bikes, scooter and skateboards, and shared mobility devices (dockless bicycles and scooters) between First Avenue and Park Boulevard during Comic-Con, with the exception of shuttle buses and emergency vehicles.

Those on foot in the area will need a Comic-Con badge to access the convention center's front drive, adjacent terraces, and sidewalks.

RELATED: News 8 has a new app, download it here

When is this happening?

Harbor Drive will be closed to traffic on the following days and times:

Please note: There is no shuttle service from 1:00 AM to 5:00 AM each day. The shuttles that go to PetCo Park will NOT move to the Convention Center driveway at night.

Below is a full listing of shuttle service frequency.

SDCC is offering attendees two options to purchase parking ahead of time from either ABM Parking or ACE Parking.

ABM Parking is offering a number of parking lot locations for Comic-Con. You can purchase your parking via ParkWhiz, which allows a customer to purchase prepaid parking online and print a permit for display at one of the lots. Or you can purchase on your cell phone and show the QR code on your phone as proof of payment and the attendant at the lot will issue a validation receipt for exit.

Paid ACE Parking lots are also open to the public throughout downtown where spots are available.

RELATED: Prep for the Con: Get Insider's events, parties, tips and more

The North County Transit District is ready to move passengers to their destination! NCTD will provide service for characters and passengers alike who are travelling from northern San Diego County. This year, attendees will have the option of getting to Comic-Con early by riding early morning southbound trains on Saturday and Sunday.

The extra COASTER trains will service stations on Saturday, July 20 and Sunday, July 21 at the following times:

Passengers can purchase a RegionPlus Day Pass for $12 at ticket vending machines or via the Compass Cloud mobile app. These passes cover all-day usage of the COASTER, SPRINTER, and BREEZE, as well as MTS Trolley and buses.

NCTD COASTER passengers should be aware of the Amtrak Rail2Rail Blackout Dates for the opening week of the Del Mar Races and during Comic-Con. From July 17-22, COASTER fare will not be accepted on Amtrak trains.

RELATED: Get into the Comic-Con spirit with a DIY costume

The Amtrak Pacific Surfliner offers train service between San Diego, Orange County, Los Angeles, Santa Barbara and San Luis Obispo. Extra trains and capacity will be added between July 17 and July 21 in anticipation of the surge of travelers headed to Comic-Con.

The train stops in downtown San Diego at the Santa Fe Depot on Broadway and Pacific Highway, a short walk or a few trolley stops to the Convention Center.

If you’re headed somewhere not on the Comic-Con shuttle or trolley route, there’s also Uber and Lyft deals in-app. This is also a great way to get to the Comic-Con Museum, as there WON’T be shuttles this year.

Ride-sharing option will be out in full swing around the downtown area during Comic-Con. Just be alert to closures near the convention center and drop-off areas. Always check that your ride-share driver is your intended driver before getting inside a vehicle.

For a look back at Comic-Con's humble beginnings, check out this 1992 vintage video from News 8's archives.