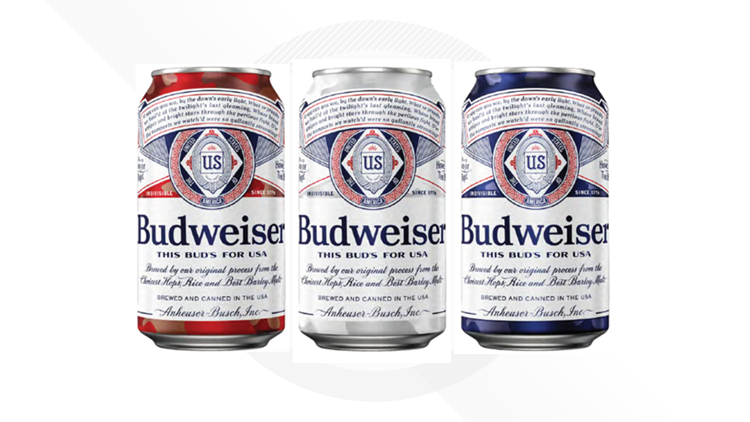 Budweiser debuts new can design to salute US military

ST. LOUIS — Anheuser-Busch is changing up the look of its iconic Budweiser beer cans, at least for a short time, and for a great cause.

Budweiser unveiled the three new can designs Wednesday. They’re red, white and blue with a camo design meant to honor our military heroes.

The 24 and 30 packs they come in also got a redesign to pay tribute to the five branches of the U.S. Armed Forces.

“The taste of freedom wouldn’t be possible without all those who fought to defend it,” an announcer says on a commercial debuting the new look.

To continue the commitment to supporting the troops, Budweiser will donate $1 from each large pack sold to Folds of Honor, which will fund scholarships for military members and their families. Budweiser said it will donate up to $75,000 for the fund.

The Budweiser patriotic cans and packs will be available from May 25 through July 4.

What's Cookin' in the Lou: