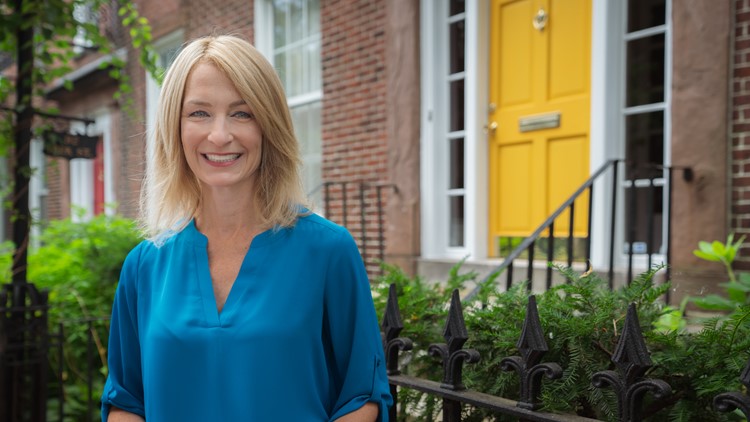 Shannon Moss is a reporter at NEWS CENTER Maine in Portland specializing in general assignment reporting.

Shannon is no stranger to Maine’s airwaves, having spent more than 14 years as a television anchor and reporter in the Portland news market.

Shannon is currently back at NEWS CENTER Maine in Portland where she is a News Reporter and enjoying every minute of being back “home”.

Shannon first worked at NEWS CENTER Maine (then WCSH6) in 1999. She was best known for her Get Out Alive series, which received numerous awards from public safety organizations across the state.

Shannon is also the host of High School Quiz Show Maine airing across the state on Maine Public Television each winter.

Before coming to Maine, Shannon was a reporter and anchor at WSAW in Wausau Wisconsin.

Shannon grew up in Warwick, Rhode Island and graduated from the University of Rhode Island with a Bachelor of Arts in Journalism.

Shannon graduated from URI with an award of excellence in Journalism.

As a veteran journalist Shannon is often asked to assist or advise on media relations topics and workshops.

Shannon is also known to spotlight and support multiple causes she believes in, such as STRIVE, the Trauma Intervention Program and the National Multiple Sclerosis Society.

Shannon lives in the Portland area with her husband Andy and her two sons Quinn and Rowen.