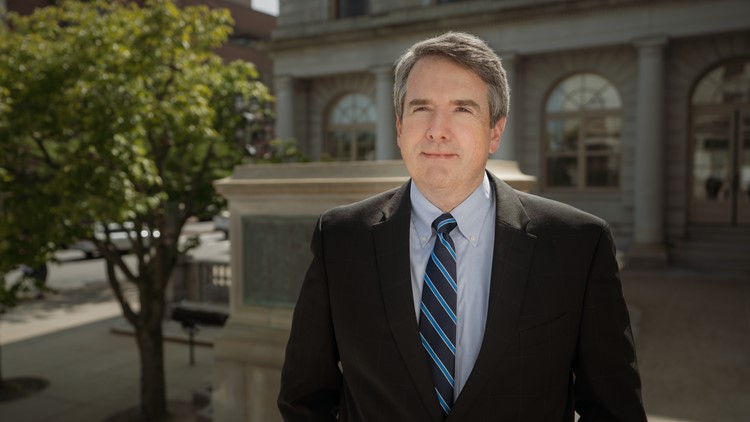 Pat Callaghan is an anchor and reporter at NEWS CENTER Maine in Portland, specializing in politics.

After working as a copywriter and reporter with New Hampshire Public Television, Pat joined the NBC stations in Maine since 1979. Based at WCSH 6 in Portland, he has co-anchored Maine’s #1 rated 6:00 pm weeknight newscasts since 1989.

Pat is an honored member of the Maine Association of Broadcasters Hall of Fame.

Much of Pat’s reporting has focused on politics, including extensive coverage of New Hampshire’s first in the nation presidential primaries, numerous national political conventions, and the Maine State House, spanning five administrations. He also frequently reports from Washington, DC on Maine’s Congressional delegation.

Notable career moments include being live on the air from the Kennedy Space Center in 1986 when the space shuttle Challenger was destroyed, killing all aboard including New Hampshire school teacher Christa McAuliffe.

Pat also reported from Belfast, Northern Ireland when George Mitchell was presiding over the multi-party peace talks that produced the Good Friday Agreement.

Pat is a native of Framingham, Massachusetts and has a BA in history and English from the University of New Hampshire.

A: My father was was a radio and TV broadcaster in Washington and Boston, and I could always tell how much he enjoyed it. As the song says, he did it for the stories he could tell. I figured it beats working for a living.

A: “Standing Pat—A Life Sitting Behind a Microphone.” First line: “I’m probably the least likely person to make a living talking to thousands of people at a time. But it’s easier than one on one somehow.”

A: Being in the Boston Garden on May 10, 1970 when Bobby Orr scored that famous overtime goal to clinch the Stanley Cup. That place went bonkers in the most delightful way.

Q: How does a pet brighten your mood?

A: When I get home, my dog acts like I’m The Beatles. (Thanks to Bill Maher for that description.)

Q: Who belongs on your Mount Rushmore of Maine?