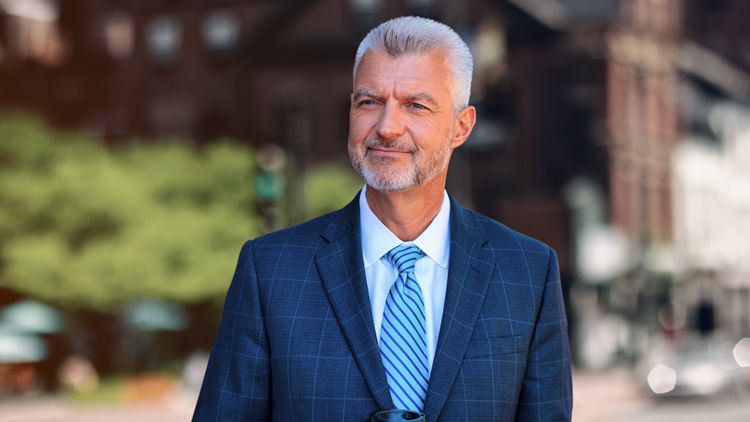 Lee Nelson is a reporter/anchor at NEWS CENTER Maine in Portland.

Lee has been an anchor on NEWS CENTER Maine’s Morning Report since 1990.

Lee’s first TV job was at NBC in New York. He worked as a Page, giving guided tours of 30 Rock and seating the audiences for Saturday Night Live and The David Letterman Show. He then went on to work for the Today Show and NBC Nightly News.

Lee’s first on-air job was on the NBC affiliate (WDAM) in Hattiesburg, Mississippi. He only stayed there 14 months, but it was long enough to find a wife (NEWS CENTER Maine’s evening anchor Cindy Williams)!

Lee and Cindy have two children, Xander (a radio DJ and professional musician) and Noah (a quarterback at Bowdoin college). Lee’s spends his time rooting on his boys, walking his dog Maddie, and planning his next vacation!

A: My Dad. He anchored the first live TV newscast in the state of Maine on WABI TV in the early 50s, but he didn’t live long enough to see my TV career. And NBC’s Chuck Scarborough was another major influence. Chuck co-anchored with my Dad in Boston, and Chuck helped me get my first three TV jobs.

Q: Who belongs on your Mount Rushmore of Mainers?

A: Standing on the sideline in New Orleans as the Patriots won their first Super Bowl.

Q: What theme music should play when you enter a room?

A: The theme from "Gilligan’s Island."