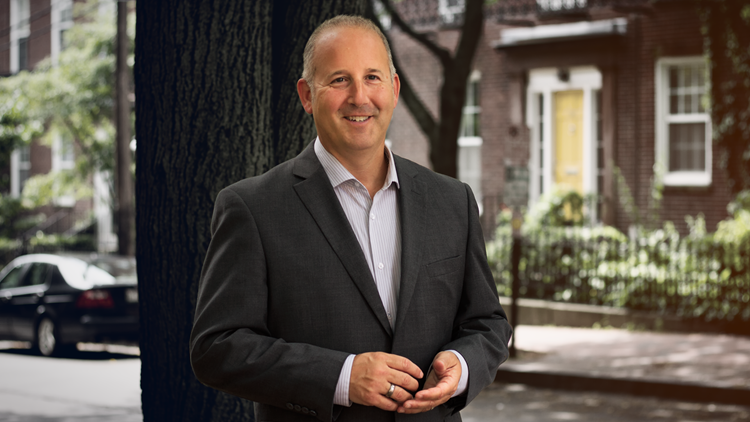 Lee Goldberg joined NEWS CENTER Maine in 1993 as Sports Director at WLBZ 2 in Bangor. In his years at NEWS CENTER Maine, Lee has covered some of the biggest stories in New England sports history, including seven Super Bowls and three World Series. Lee was on hand when the Patriots won Super Bowls in 2001, 2003, 2004, 2015 and 2017. He was also there to witness the Red Sox's incredible comeback against the New York Yankees in the 2004 ALCS, and their subsequent World Series victory. Lee was also in Denver when the Sox beat the Rockies for the World Series title in 2007 and at Fenway Park for the Sox's Series win in 2013.

Lee's contributions to journalism in Maine have been recognized by the New England Emmy’s, Maine Association of Broadcasters and the Associated Press, as well as the Maine Athletic Directors' Association, which has named him Media Person of the Year. Lee won the Readers Choice Best Local TV Sports Anchor award for DownEast Magazine in 2012, 2013, 2014, 2015, 2016.

Before coming to NEWS CENTER Maine, Lee was Sports Director at WBOY-TV in Clarksburg, West Virginia from 1991-1993.

In his spare time, Lee volunteers with the Maine Children's Cancer program, Sweetser, KIDS First, The Cromwell Center, The IRIS Network and others.

He lives in the Portland area with his wife, six sons, one daughter, four dogs and five cats.

A: Bruce Glasier. I grew up watching Bruce when I was a kid and always wanted to be on TV and go to games for a living like he did. That led to my current career which is at 27 years and counting, 19 of those years spent working side by side with Bruce.

A: Having covered seven Super Bowls and three World Series, that’s a tough one. I will say, it's a tie. The 2004 Red Sox win was a borderline religious experience as the 86 year drought was finally broken. But the Patriots' win over the Rams in Super Bowl XXXVI was right there at the top. That was the year of 9/11, and the nation rallied around the Patriots who were the biggest Super Bowl underdogs in history at the time. U2 played at halftime and scrolled the names of all of the victims of 9/11 on a giant screen. That game transcended sports. And the Patriots won! So those two are the best memories for me.

Q: What theme music should play when you enter a room?

A: Anything by Elton John (pre-1980). His work was amazing and his passion for his job - infectious.